Wolves and People returns to Function PDX in NW Portland in February, this time with it’s Newberg-based neighbor and friends in fermentation, Rex Hill Vineyards, for a 10 day “Valley Underground” pop-up. The event will run from Feb. 13-23, with beers on tap, reserve bottles, and wines by the glass. Maylin Chavez from Olympia Oyster Bar will be serving fresh oysters for Valentine’s Day on February 14th, and Rex Hill’s winery chef, Jason Elder, will be preparing small plates for the weekend of Feb. 20-23rd.

The pop-up will feature six rotating Wolves & People beers on draft daily, such as Kismetic American stout and oak-aged Instinctive Travels saison. There will also be long-awaited bottles like this year’s La Truffe table stout brewed with Oregon white truffle-infused hazelnuts, and Honeycone hazy IPA in (award-winning) cans, to enjoy on site or take to go. Wolves & People recently launched a new Cellar Society, a reserves-based membership club attached to the brewery, and those seeking to join can sign up at the pop-up. 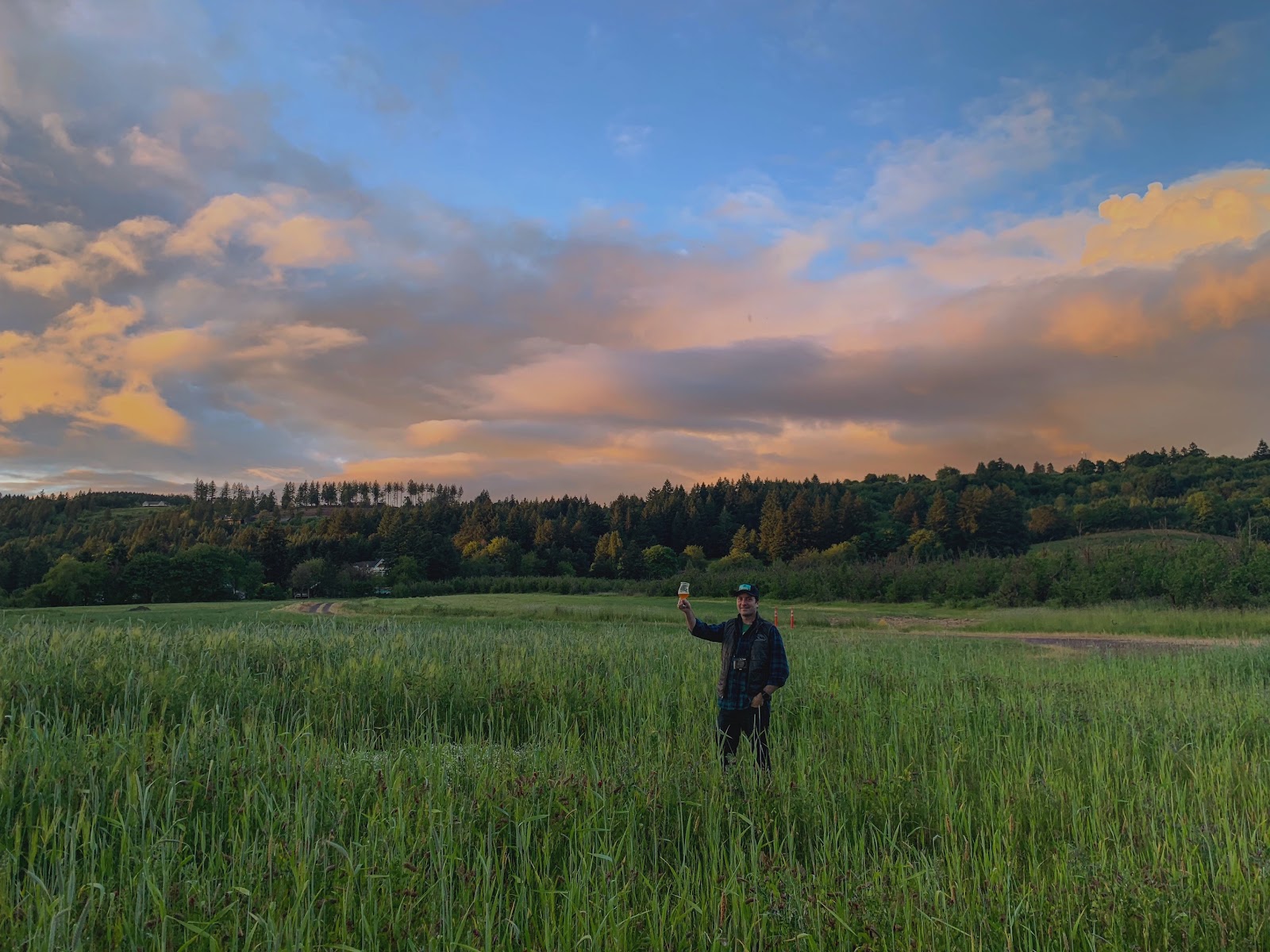 Wolves & People Founder Christian DeBenedetti in the barley field outside the brewery with Rex Hill Vineyard beyond. Photo by Kevin Mayer

Opened in an historic white barn on Newberg’s century-old Springbrook Farm estate in late spring 2016, Wolves & People Farmhouse Brewery crafts an award-winning array of farmhouse and wild ales, barrel-aged specialties, hoppy new-school ales and lagers, and other rustic yet refined brews using local ingredients such as Eastern Oregon barley, Willamette Valley hops, local stone fruits, and estate-grown honey, plums, and wild yeasts. With its year round tasting room and beer garden, the brewery draws on innovative Belgian and other Old World traditions to reimagine farmhouse and wild ales with a modern sensibility. Founded by food, drink and travel writer Christian DeBenedetti, an Oregon native, its beers have been served around the U.S. and abroad in top beer bars and beer-friendly restaurants.

Rex Hill has been making elegant Pinot Noirs for almost 40 years in the Willamette Valley at the gateway to Oregon’s wine country. Rex Hill honors exceptional single vineyards and continues a legacy of singular Pinot Noirs that reflect their origin. That sense of place is paramount to the way we farm our land and make our wines, hand-picked, hand-sorted and handcrafted. Rex Hill is a LIVE (Low Input Viticulture & Enology) certified and B Corp winery, and all of the winery’s owned or long-leased vineyards are farmed using biodynamic principles.

The premier event space in NW Portland, perfect for hosting standalone consumer celebrations and corporate gatherings, Function also offers the unique opportunity for concept incubation and increasing brand awareness through public-facing pop-ups.  Whether you’re a winemaker, brewer, or distiller looking for a unique storefront to showcase your products or a restauranteur hoping to test a concept before taking it to market, Function is built with the belief that every brand, venture, and concept warrants an opportunity to succeed.  A uniquely designed and fully-operational bar encourages Function to not only host your future gatherings, but also support the innovators, creators, and originators that this city nurtures.