Top chefs from some of the best Mexican restaurants around the U.S. will collaborate with Chef Johnny Leach

PORTLAND, Ore. (September 18, 2019) – This fall-winter, Tope,  The Hoxton, Portland’s rooftop restaurant, will set the stage for five one-of-a-kind collaboration dinners featuring Executive Chef Johnny Leach and an all-star lineup of talented chefs from some of the best Mexican restaurants around the U.S. Each dinner in the series will be shaped by the distinctive style of the visiting chef, drawing inspiration from the range of fresh ingredients available in the Pacific Northwest.

Presented by Submarine Hospitality,  Don Julio, and The Hoxton, Portland, each dinner will take place in the rooftop restaurant and is $65 per person for dinner and gratuity. Dinner will include multiple rounds of shared dishes, and specialty cocktails; wine and beer will be offered à la carte. Tickets are available at topechefseries.com and guests who’d like to stay the night at the hotel can book a room online with code: YESCHEF. 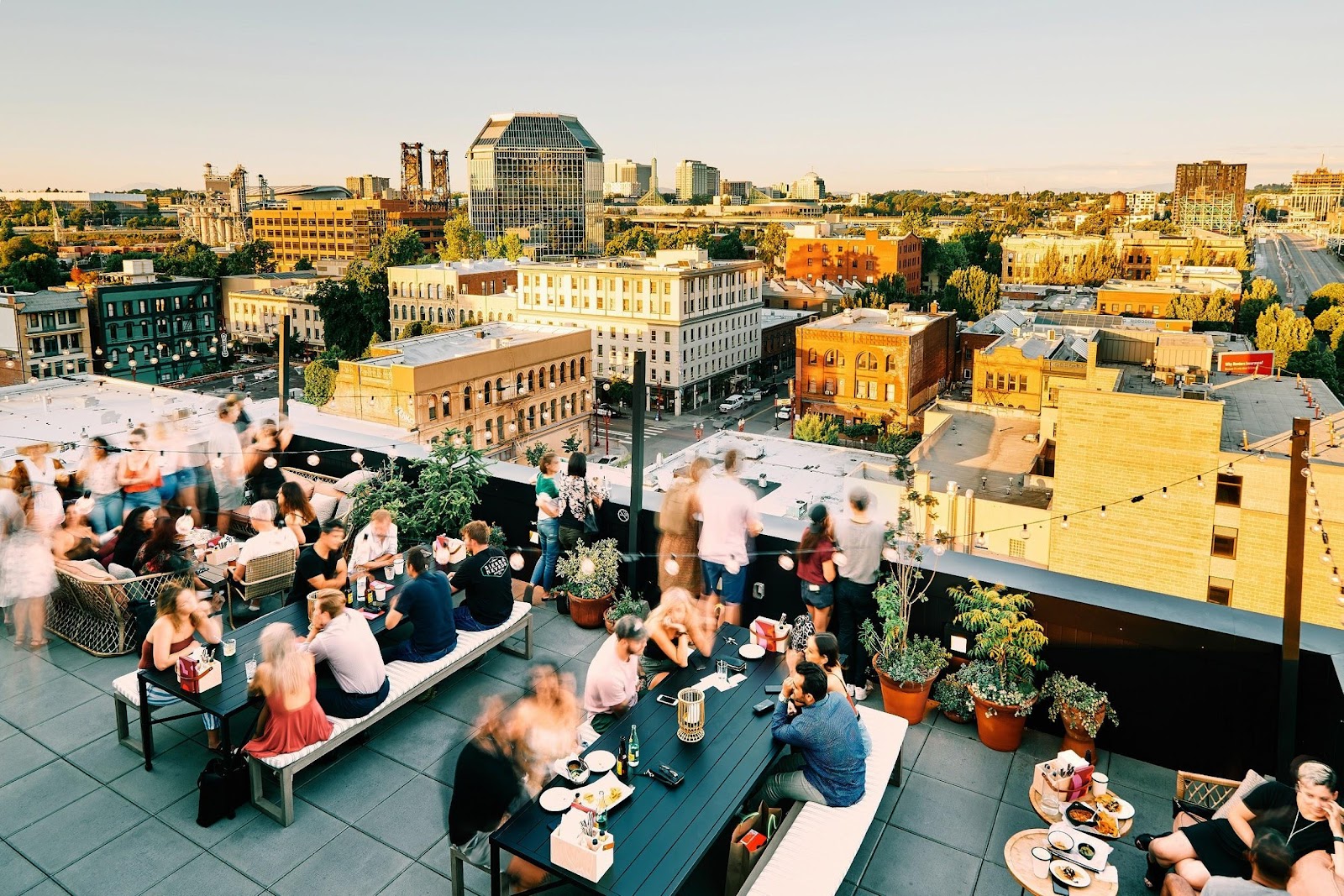 About the Chefs and Their Restaurants

After growing up and attending culinary school in Oregon, Leach cooked in numerous New York city kitchens, including Del Posto, eventually joining David Chang’s culinary team at Momofuku. In 2009, he opened Ma Peche as Chef de Cuisine. Despite working primarily with Asian flavors, Leach was continually drawn back to the flavors and rich culinary traditions of Mexico, his family’s heritage. Leach returned to Portland in 2014 and opened his first restaurant, Chalino, loosely inspired by the food of Mexico City. As Executive Chef of The Hoxton Portland, he’s able to explore those techniques and flavors further through the rooftop restaurant, Tope, as well as in the Mexican pastry program in the hotel’s new restaurant and café, Lovely Rita. At The Hoxton, Leach has found a venue to explore his passion: the varied flavors of regional Mexican cuisine, while drawing upon the seasonal produce, meats, beans and grains available in the Pacific Northwest.

Claro is where New York and Oaxaca meet – the result of chef T.J. Steele’s long-time love for Oaxacan food and culture. In his many years of living part-time in Oaxaca, Steele cultivated relationships with craftsmen, artists, mezcaleros, cooks and farmers throughout the region. He still visits them regularly and sources the corn for Claro’s menu from farms that hand-pick non-GMO heirloom (criollo) varieties. The Brooklyn restaurant is dedicated to making everything by hand, including the masa, cheeses, chorizo and moles. All the meat and produce is organic and sourced locally when possible. Chef T.J. Steele was named a Rising Star by Star Chefs, and Claro was awarded a Michelin Star in 2018.  ClaroBK.com

Broken Spanish follows the evolution of its chef, Ray Garcia. An amalgamation of the classically trained chef, born and raised in Los Angeles, with the powerful influence of a Latin upbringing. Drawing inspiration and flavors from a diverse community, Broken Spanish offers an experience that is unique, characteristic, and beautiful. Broken Spanish displays Chef Ray Garcia’s distinct culinary perspective with an elevated contribution to a bountiful culinary history. The cuisine is expressed in bold yet refined flavors. Preparations demonstrate elements of long-established tradition, while finished dishes are showcased with modern appeal. Since it opened in June of 2015, Broken Spanish has earned countless accolades and recognition as one of the best new restaurants of the year by Esquire, USA Today, LA Weekly, Los Angeles Times and Los Angeles Magazine. Ray Garcia was also named Chef of the Year by Esquire magazine. brokenspanish.com

Akhtar Nawab is chef and owner of Alta Calidad in New York and Otra Vez in New Orleans and advisor at Prather’s on the Alley in D.C. With nearly 25 years of experience, the Kentucky-born chef of Indian heritage has embraced Mexican cuisine, connecting the layered, complex cooking and ingredients of Mexico with the Indian food he grew up eating. Nawab’s ‘less-is-more’ style of cooking has earned him critical praise throughout the years, from his time under Tom Colicchio at acclaimed restaurants Gramercy Tavern, Craftbar and Craft, to East Village gastropub The E.U., to striking out on his own with Elettaria. Moving towards Mexican cuisine, Nawab took the helm at popular NYC hotspot La Esquina and later as a partner at Choza Taqueria where he explored Mexican street food. In 2017, Nawab opened Alta Calidad in Brooklyn’s Prospect Heights neighborhood where he earned a Michelin Bib Gourmand in 2018 and 2019. altacalidadbk.com

Renowned chef and local Austinite for almost a decade, Fermín Núñez is executive chef of masa-focused Mexican restaurant, Suerte. Raised in Mexico, Núñez’s love for the explosive taste of Mexican cuisine ignited as he learned to enjoy and capture the culinary experience that so often accompanies exuberant gatherings between family and friends. Previously assisting chefs at Austin favorites like Launderette, La Condesa and Uchiko, Núñez loves showing a more personal side of himself to those who walk through Suerte’s doors. Núñez’s positive reputation hails from his attention to detail and dedication to creating a respectful culture among coworkers. Suerte was named one of the best new restaurants in America by Eater, Food & Wine and Bon Appétit. suerteatx.com

About The Hoxton, Portland

The Hoxton, Portland is situated in an iconic building in Old Town Chinatown with an incredible history dating back to 1906. The hotel features 119 bedrooms, and four distinct food and beverage experiences created in partnership with Portland’s Submarine Hospitality (Tusk, Ava Gene’s). On the ground floor, Lovely Rita is an all-day café and coffee shop serving a seasonal, New American menu. Tope is a rooftop taco bar with views across the city, and hidden below the hotel is an atmospheric basement bar, 2NW5, with a menu of classic cocktails. The Apartment, a unique meeting and events space, is home to The Hoxton’s rolling cultural events program, which highlights the good and the great in each city. The Hoxton is a series of open house hotels founded in London in 2006, inspired by the diversity and originality of the streets and scenes that surround them. The Hoxton, Portland was the second hotel to open in North America, following The Hoxton, Williamsburg. The Hoxton, Chicago opened in April 2019, followed by Southwark (London) and Downtown LA in fall of 2019. The Hoxton, Portland is located at 15 NW 4th Ave., Portland, OR 97209. www.thehoxton.com | @thehoxtonhotel