PORTLAND, Ore. (Dec. 13, 2019) – Caryn Benke, who began her role with Submarine Hospitality as Wine Director of the award-winning wine program at Ava Gene’s, has been promoted to Beverage Director for all restaurants. She now oversees the wine lists and bar programs of Ava Gene’s, Tusk, and soon-to-open Cicoria, as well as the wine programs at The Hoxton, Portland: Lovely Rita, Tope and 2NW5.

A native Oregonian, Benke holds an Advanced Sommelier certification through the Court of Master Sommeliers and has taught aspiring wine professionals through the International Sommelier Guild. Feeding her passion for wine education, this new role allows her to expand wine and spirit education for service staff. And Submarine Hospitality’s newly minted event space, Fora, offers opportunities for public wine dinners and seminars. 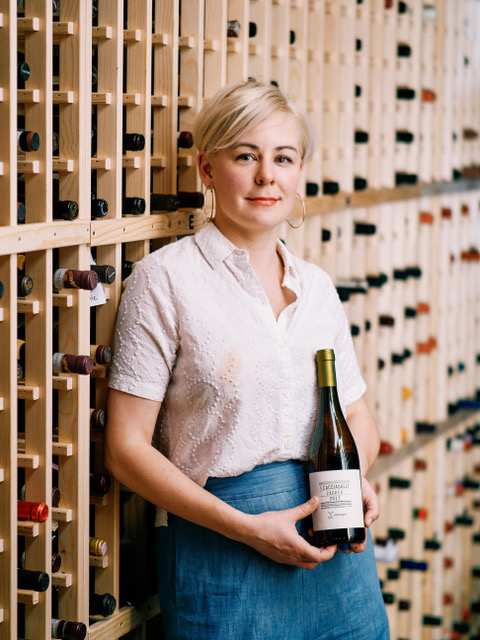 This expanded role opens doors for Benke to explore wine regions around the world to compliment the wide-ranging styles of cuisine across Submarine Hospitality’s culinary programs, not to mention services from morning (brunch) to late-night. Here’s a glimpse into how Benke’s shaped each wine list thus far:

Ava Gene’s has consistently been recognized for its Italian-focused wine program, annually included in Wine Enthusiast’s 100 Best Wine Restaurants list, and recently inducted into their “Restaurant Hall of Fame.” With the restaurant’s back of house expansion in the summer of 2019, a proper wine cellar was added. Benke’s broadened the Italian focus to include wines from the West Coast, accentuating the menu’s commitment to locally sourced ingredients. All of these selections either utilize indigenous Italian varieties or are rooted in a strong Italian heritage, with a particular fondness for Italian varieties grown in the Willamette Valley, like Tocai Friulano or Dolcetto as an alternative to the more common Pinot Gris and Pinot Noir. But wine aficionados also know that Ava Gene’s is where to go for some of the best Barolo in the city.

At Tusk, the menus have no boundaries, and Benke is able to draw on inspiration from around the world. The list spans old and new world, natural and traditional — always with food-friendliness in mind. Her affection for aromatic white wines shines there, an excellent complement to Tusk’s vegetable-driven menu. Just like the vibe in the restaurant, the list is eclectic and a lot of fun. On any given night at Tusk one might decide between a glass of Sauvignon Blanc Pet Nat from New Zealand, a Chardonnay from Oregon, or a red wine blend from Lebanon.

At The Hoxton, Portland, three distinct concepts provide a playground for Benke to explore a range of styles and regions, from bistro-style wines served all day into night at Lovely Rita, to fun and playful glasses at rooftop taqueria Tope, and a Champagne-focused list in 2NW5, the hotel’s underground cocktail bar. Curating the menus for a hotel that welcomes visitors from around the world, it’s important to Benke to represent the surrounding Willamette Valley. She’s always seeking out up-and-coming winemakers and celebrating innovations from Oregon’s best-known producers.

Chef Joshua McFadden’s upcoming pizzeria, Cicoria (opening in spring of 2020 next to Ava Gene’s), will be bustling and casual, so Benke’s list there will be shaped by easy-drinking, affordable wines from Italy and beyond, served by the glass or quartino. Guests can expect a healthy selection of Lambruscos, Pet Nats and other non-traditional sparkling wines on the menu there.

Caryn is a born and raised Oregonian who grew up loving Sunday dinners at Grandma’s house and making a mess in the kitchen. Time living abroad in France further cemented her love for food, wine and hospitality. Upon her return to the states, Caryn sought out a career in the restaurant industry to align her personal and professional interests. She has a sommelier diploma and teacher certification through the International Sommelier Guild and Advanced Sommelier certification through the Court of Master Sommeliers, which help her see the industry through a new lens. Prior to joining Submarine Hospitality, she served as Wine Educator for McMenamins, Wine and Beverage Director at Andina, Sommelier at Shiftdrinks, and Educator for the International Sommelier Guild.

Founded by Joshua McFadden and Luke Dirks, Submarine Hospitality connects diners to a community of local chefs, servers, farmers, ranchers, artists, and designers. The group’s motto—“Locally Sourced. Aggressively Seasonal”—speaks to its desire to promote both ethical food systems and optimal flavor. The group believes that true hospitality derives from a collection of details—from the handcrafted ceramics to the locally-grown celtuse, from the custom candles to the customary greeting at the door. Each of Submarine’s projects exists to cultivate the creativity and knowledge our staff requires to realize these experiences of hospitality for every guest that walks through our doors. Current projects include Ava Gene’s, Tusk, and collaborations with the Hoxton, Portland (Lovely Rita, Tope and 2NW5).