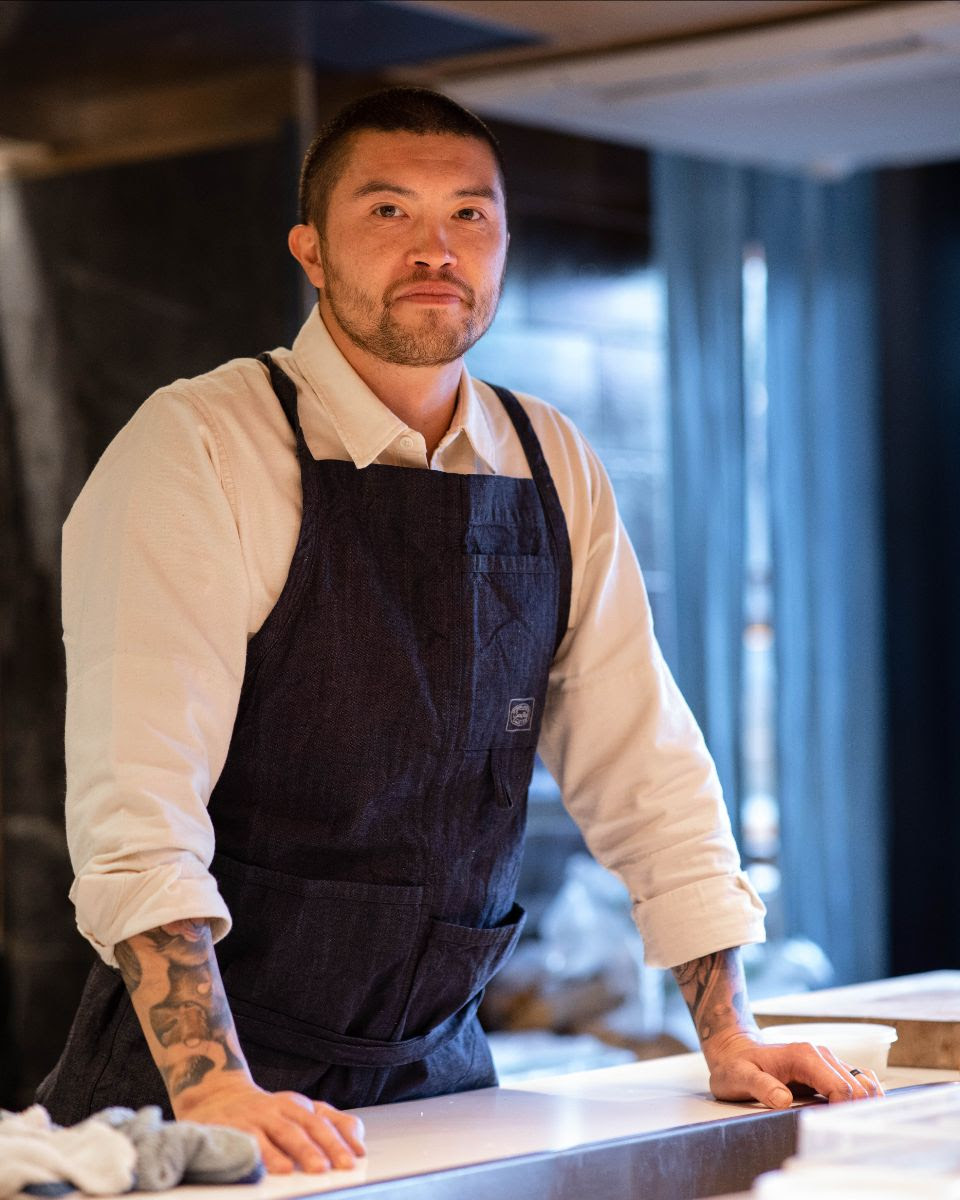 PORTLAND, Ore. (January 13, 2022) – Snow Peak, the global outdoor lifestyle brand, is pleased to announce Portland culinary leader Cody Auger as the executive chef of the Takibi, its Japanese-inspired restaurant. Takibi is centered around the seasonal cooking of local ingredients on a wood-burning hearth and a beverage program rooted in the bounty of Japan and Oregon.
A Portland native, Auger has nearly 20 years of experience bringing Japanese cuisine to the city as a co-owner, operator and co-executive chef at beloved establishments, Hokusei and Nimblefish. With a combination of culinary and leadership acumen, Auger has turned his insight to Takibi this year. Regarded as one of the best sushi chefs in the Northwest, Auger is elevating the restaurant’s seafood offering, and lean into Takibi’s unique wood burning hearth. Takibi means bonfire in Japanese and diners can expect to see the live fire featured in more of the menu, as well as an exploration of Oregon’s seasonal offerings.
“I had a wonderful experience at Takibi as a diner and I want to have an establishment like this stay in Portland. I was drawn to the restaurant’s unique approach to local, season-driven menus and integration with the Snow Peak brand, ” said Auger. “With the team we have in place, I’m confident Takibi will become known as a culinary destination.” 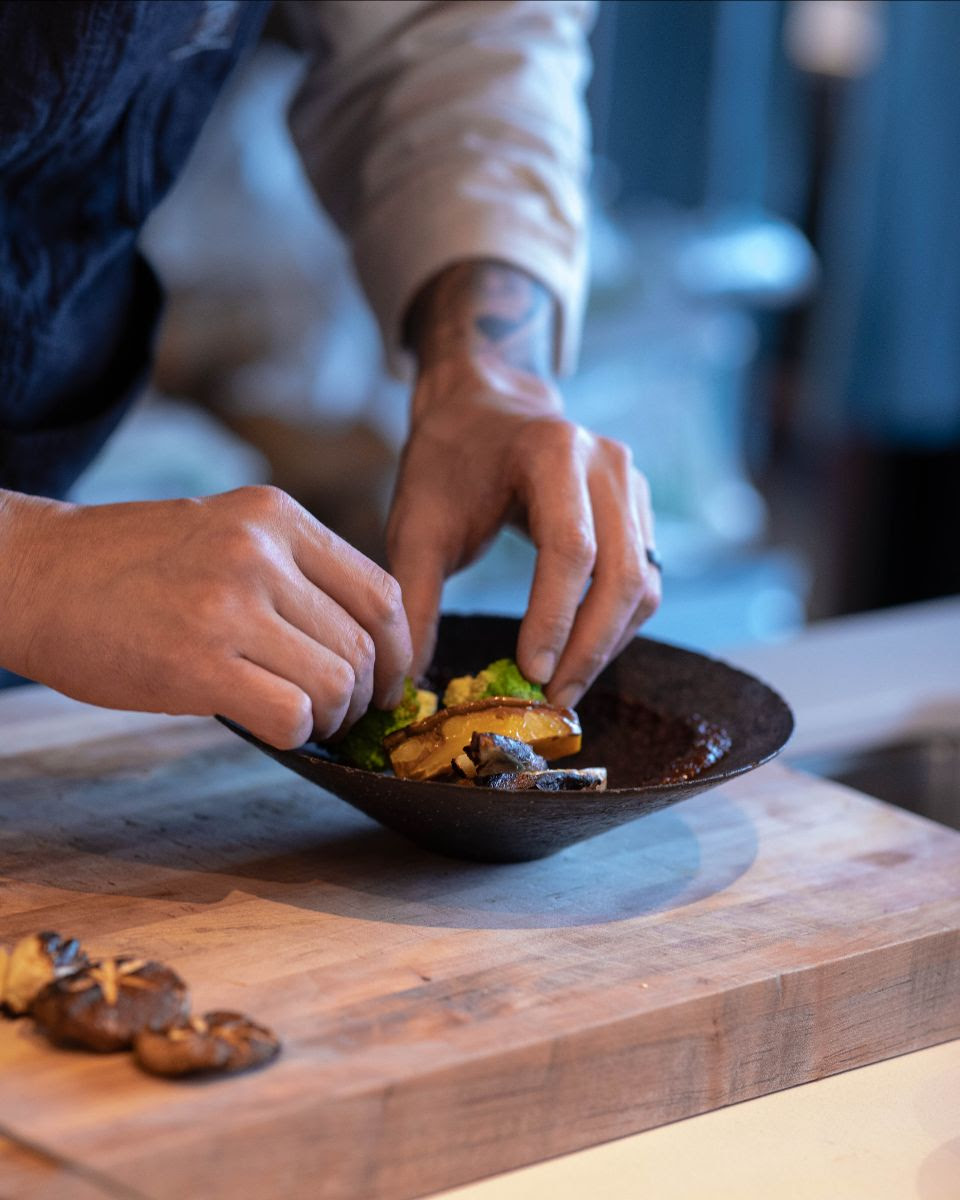 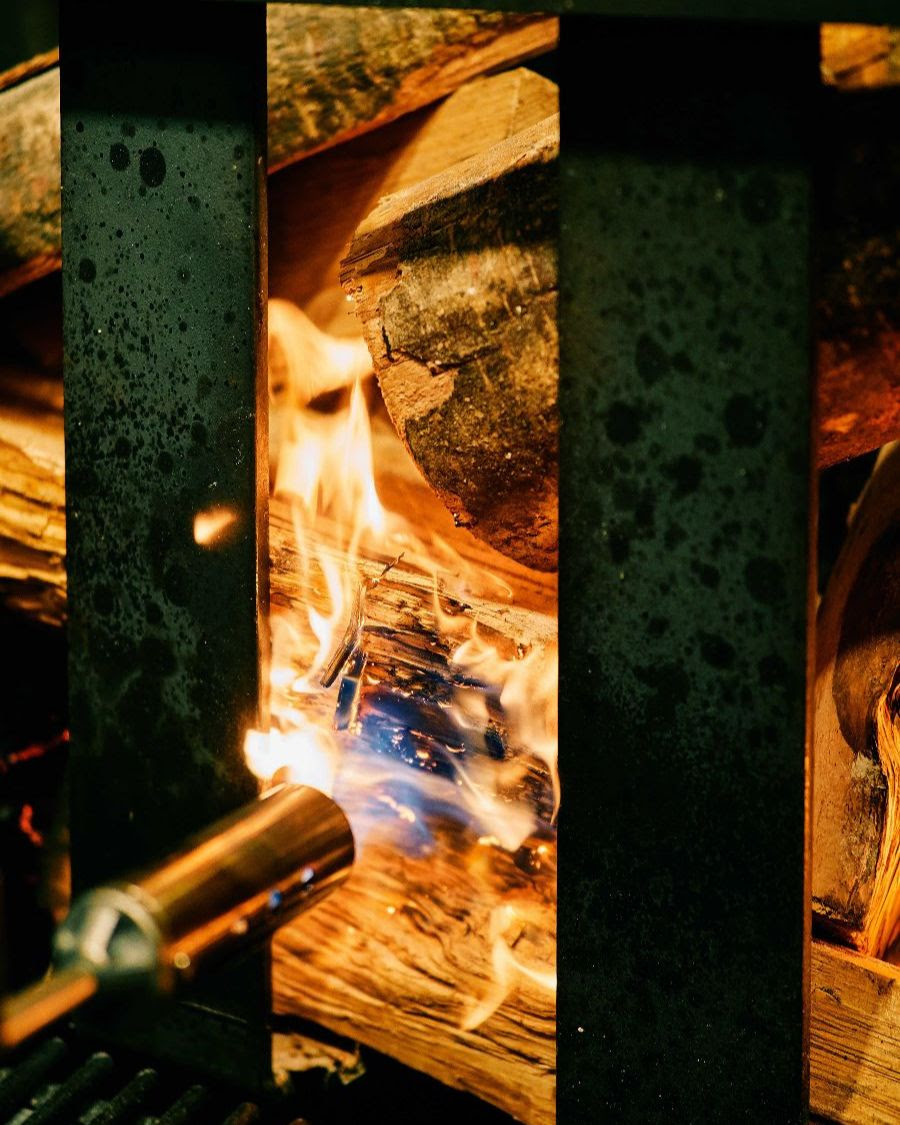 Of Auger’s transition at Takibi, Snow Peak’s Chief Operating Officer Matt Liddle said, “The team immediately responded to Cody’s calm confidence, his vision for the restaurant, and his nuanced understanding of both Japanese cuisine and Pacific Northwest ingredients. The team has already galvanized around Cody, and he’s just getting started.”
As his first task as executive chef, Auger has updated Takibi’smenu to pair with Bar Director Jim Meehan and Bar Manager Lydia McLuen’s popular and thoughtful beverage offerings. The new menu includes fan favorites, as well as fresh, out-of-the-box interpretations of strong-flavored foods that invite the guest to imbibe. Featured on the menu is the Dorayaki, a play on a blini made from a Japanese-style honey pancake, topped with rabbit liver mousse, house-cured ikura and chives. Auger also called out Takibi’s new Lamb Chop, which is locally sourced, marinated in barley miso for 24 hours and grilled over open flame to medium-rare.
In addition to Auger’s contributions, Takibi launched a new events program for large groups and private parties in the fall of 2021. Groups of 10-16 are able to enjoy Takibi’s kitchen and bar offerings in an outdoor covered and enclosed patio, complete with fire pits as well as an indoor atrium space with a full A/V set up and mobile bar built from Snow Peak’s Iron Grill Table system.
Liddle added, “We’re incredibly proud of the way Takibi has brought Snow Peak’s gathering values to life during its first six months of operations. With Cody’s strong leadership plus the new menu and event space offerings, we’re confident the restaurant will continue to be a place of connection, community and celebration through 2022 and beyond.”
About Snow Peak
Founded in Japan in 1958, Snow Peak has been serving customers in the USA for more than 20 years, with a mission to unite people and alleviate the stresses of modern life through time gathering outside. Its Japanese-designed, lifetime-guaranteed outdoor goods serve as a catalyst for restorative experiences in nature. Focused on bringing people together, Snow Peak operates immersive retail locations in Portland and New York City, as well as a Portland restaurant, Takibi, a PNW izakaya that brings to life the brand’s belief that time spent sharing food and drink by the fire is the best way to connect with one another. snowpeak.com
Previous Post: « Flor’d by…Burgundy + Wine Club Memberships Sign Up
Next Post: Ninkasi Brewing Company Partners with Bartender Jeffrey Morgenthaler to Launch Elevated Canned Cocktails »