PORTLAND, Ore. (April 25, 2019) – Save the date for Nicky USA’s 19th Annual Wild About Game, returning to the slopes of Mt. Hood on Sunday, October 6! Nicky USA, the host of Wild About Game, is excited to announce the 2019 lineup for this friendly — but fierce — game meat cooking battle between Portland and Seattle’s best and brightest chefs featuring signature Nicky Farms game meats. This year’s Carter Cutlery Cooking Competition will be held at the Resort at the Mountain in Welches, Ore., on Sunday, October 6 and will feature eight new rising star chefs. Wild About Game’s San Pellegrino Artisan Marketplace offers a fun and educational experience where attendees can sample game meats prepared by talented chefs and learn about the newest local products. Wild About Game will also feature the El Tesoro Cocktail Competition featuring four of the Northwest’s top bartenders preparing game-inspired cocktails. Nicky USA, the Pacific Northwest’s favorite meat purveyor, founded the event to thank their loyal customers and showcase their restaurants, as well as their suppliers, farmers and local food artisans. Mark your calendars; tickets will go on sale on Tuesday, July 9!
During this meat-centric culinary event, four chefs from Portland and four chefs from Seattle will face-off in a cooking competition using four different game meats. Each chef’s dish is presented to a panel of renowned culinary experts for judging. Attendees will also be able to sample competition dishes and judge for themselves, as part of the People’s Choice award.This year’s competing chefs include:
Portland:
Matthew Jarrell – Imperial
Diane Lam – Revelry
BJ Smith – Delores
AJ Voytko – Terrane Italian Kitchen + Bar
Seattle:
Logan Cox – Restaurant Homer
Mitch Mayers – Sawyer
David Mitchell – Cedarbrook Lodge
Maximillian Petty – Eden Hill
One talented chef will take home the ultimate Nicky USA’s Wild About Game Overall Award title. Past winners of the event include Gabriel Rucker of Le Pigeon, Gregory Denton of Ox, and Edouardo Jordan of Junebaby. Last year, Chef Peter Cho of Han Oak beat the stiff competition with his dish of Partridge Hot Pot, Shaved Roulade of Partridge, Game Bird Broth and Brassicas Salad. The Overall Award was decided by an esteemed panel of judges, Jordana Rothman, Kathleen Squires and Adam Callaghan. 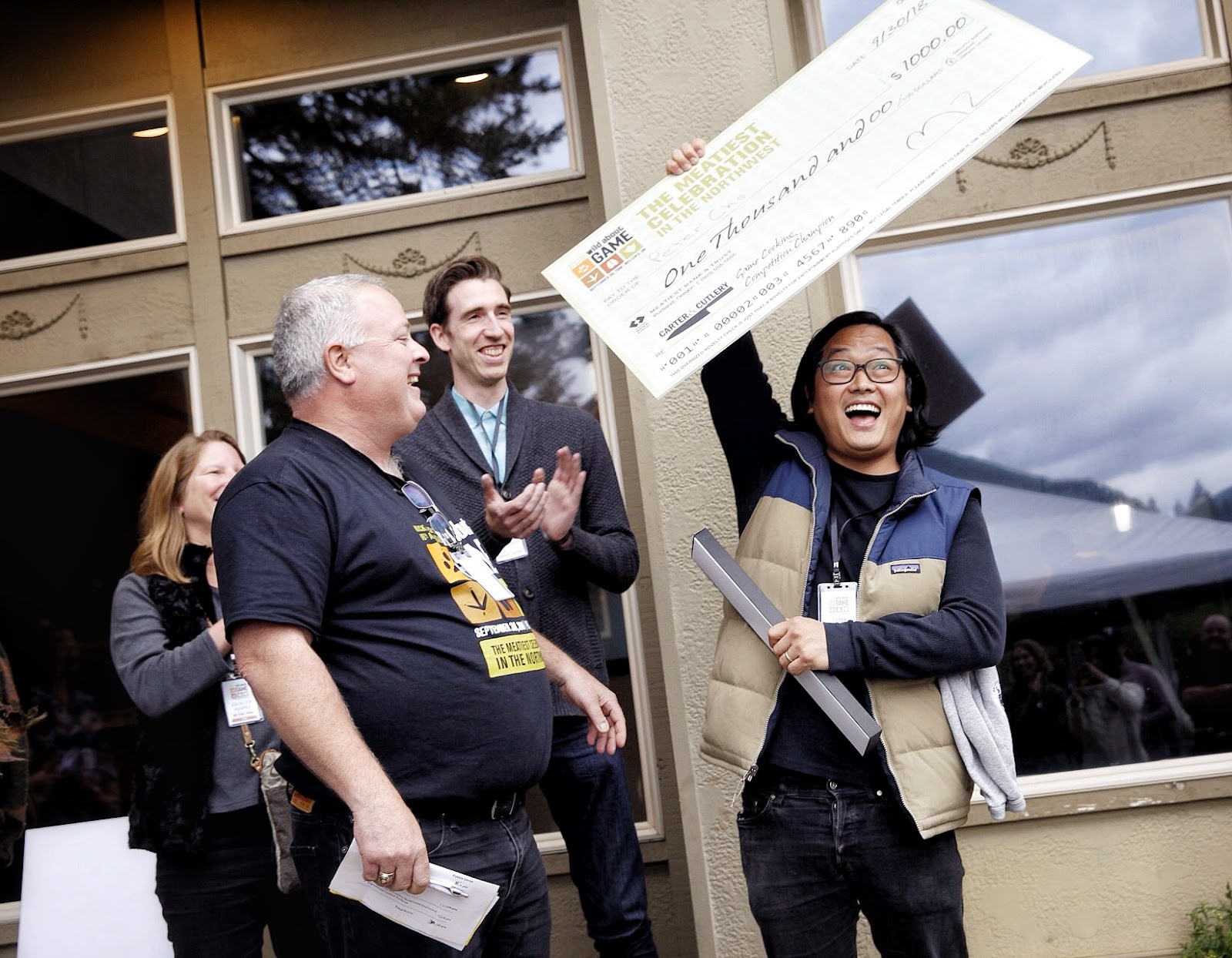 Wild About Game’s 2018 Overall and People’s Choice winner, Peter Cho of Han Oak
One of the highlights of Nicky USA’s Wild About Game is the San Pellegrino Artisan Marketplace, where the region’s favorite and up-and-coming small-batch producers sample their products, including artisan salts, cheeses, chocolates, ice cream, spirits, wine, beer and samples of premium meat products in the Nicky USA lineup. While exploring the marketplace, attendees can taste and talk directly with the chefs, artisans and producers who create them — getting up close and personal with some of the biggest names in the Northwest’s food community.
Tickets will be $75 per person in advance, and $85 at the door, and will go on sale on Tuesday, July 9, 2019. Please visit http://www.nickyusa.com/wag for upcoming ticket and event information. Follow along @nickyusa on Twitter and Facebook, and @nicky.usa on Instagram for the latest news and event updates.
About Nicky USA
Founded in 1990, Nicky USA is the Pacific Northwest’s leading butcher and purveyor of high-quality meats and specialty game. The Portland-based company has forged relationships with local, national and international ranchers, as well as James Beard Award-winning chefs in an effort to make game a mainstay of specialty markets and fine restaurants. With the purchase of their very own 35.9-acre farm in Aurora, Ore., owner Geoff Latham is able to raise game for Nicky USA and host friends and customers. Aside from selling specialty game and high-quality meats, Nicky USA hosts Wild About Game every fall, an annual head-to-head cooking competition and the meatiest culinary celebration in the Northwest, featuring the best rising star chefs in the region. Nicky USA expanded in 2013 with a second location in Seattle. Orders for either location can be made by calling 1.800.469.4162. For more information, visit www.nickyusa.com. Follow @nickyusa on Twitter and Facebook, and @nicky.usa on Instagram, as well as #NickyFarms on all channels. To learn more about Nicky USA and Nicky Farms, view the 25th-anniversary video here.
About Nicky Farms
Nicky Farms is the house brand of Nicky USA. Launched in 2009 to support Nicky USA’s small, independent ranchers and growers, Nicky Farms products include Northwest raised rabbit, quail, elk, venison, water buffalo, goat and American bison. They can be found on the menus of the Northwest’s best restaurants and the shelves of leading retailers, such as New Seasons Markets, World Foods, Zupan’s Markets, Metropolitan Market and Central Co-Op. For more information, visit: www.nickyusa.com/nicky-farms

If you have to be in the hospital, things like thi