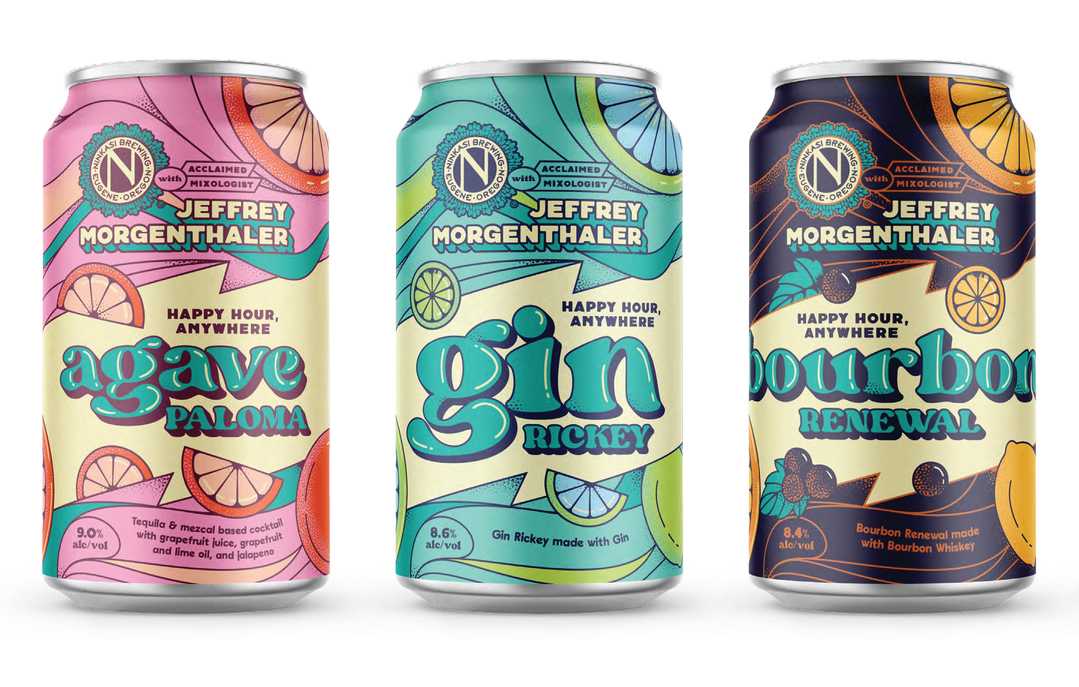 Morgenthaler is an award-winning bartender and mixologist from Oregon, with seven James Beard Award nominations for his bar program at Clyde Common and the highly celebrated Pepe Le Moko. He has been named “Top 10 Most Influential Bartenders of the Past Decade” by Food & Wine, a “Top 10 Mixologist Nationally” by Playboy Magazine, and has judged many prestigious cocktail competitions, including the San Francisco World Spirits Competition.

Morgenthaler, in partnership with the Ninkasi team, has designed three cocktails specifically to be canned, launching this month, including:

Ninkasi’s new canned cocktails can be located through the company’s cocktail search tool located at https://ninkasibrewing.com/cocktails. Additional cocktails will be added to its lineup in the coming months, including a tiki-style rum punch and a ginger-honey vodka collins.

“We have taken a unique approach to create cocktails that are specifically designed to be delicious in a can,” said Morgenthaler. “Through my partnership with the Ninkasi team, I’ve designed these portable, high-end and authentic cocktails with the can in mind first, using real spirits and ingredients. The cocktails range from 8.4% to 9% alcohol by volume, and it’s been challenging to maintain the integrity of the base spirits while still being under that proof, but I think we’ve pulled it off.”

Ninkasi is the second-largest independent brewery operator in Oregon and the nation’s 33rd largest craft brewery (Brewers Association, 2020). The company was founded by Jamie Floyd and Nikos Ridge and has been innovating and crafting world class beer in the Pacific Northwest for over 15 years. As one of the most established craft breweries on the west coast, Ninkasi’s approach to innovation and the development of quality driven processes to deliver the best beverage experiences are second to none. Based in Eugene, Ninkasi is independently owned and community-driven.

“Jeffrey has been a friend and supporter since the beginning of Ninkasi, and we’re excited to bring these incredible cocktails to our customers for a refreshing classic anytime, anywhere,” said Jamie Floyd, co-founder of Ninkasi. “Our partnership embodies our shared commitment to creating experiences that bring people together to slow down, enjoy the present moment and, as always, the beauty of the Pacific Northwest that we call home.”