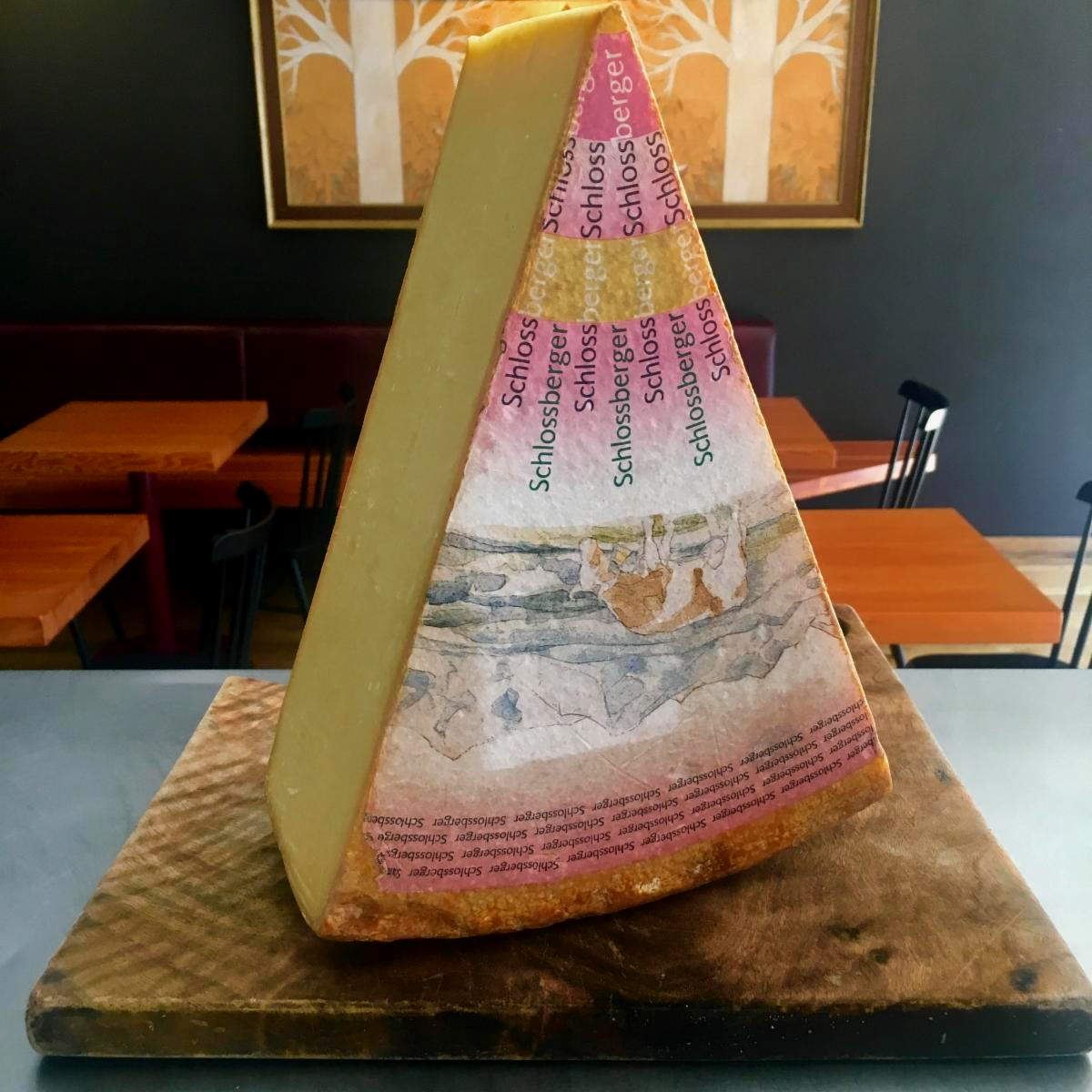 From the Glauser family and Jumi cheese, we have Schlossberger Alt!
Originally founded in 1896, the Glauser family was only able to produce Emmental due to the strict regulations of the Swiss Cheese Union. When the union dissolved in 1996, they were finally able to embrace their creative side. The family now produces a wide range of cheeses inspired by the land and traditions passed down through five generations of cheesemaking. Glauser works with approximately 60 small dairies in the Emmental Valley and focus on providing the highest quality in their cheeses, with fresh milk delivered to the facility in the morning and evening and made into cheese within 24 hours.
Named after an old castle in the area, Schlossberger is one of the more traditional cheeses from the Glauser family. One of their classic offerings, the cheese is modeled after traditional Alpine styles and has been produced and perfected by the family for decades. Available in a Young and Mature (Alt) version, we are currently offering the firmer Alt style. Cave aged for at least 15 months, this raw cows’ milk cheese is everything you want in an Alpine cheese, nutty and salty, with just a touch of earth and sweet butter.
Previous Post: « ROOTS – Join Us for an Extraordinary James Beard Culinary Experience!
Next Post: Starting today, six course menu reveal and next 5 Tuesday menus »