The handcrafted blend will be released on December 5th, Repeal Day, just in time for holiday gifting and sipping.

Portland, Oregon (November  30, 2021) — Smith Teamaker, the premium craft tea company known for collaborations with top chefs and tastemakers, is set to launch one of its most delicious and high profile projects yet: Blend No. 33, DIGITS Bourbon Barrel Aged Black Tea, an all-star partnership with one the best players in NBA history, ex-Chicago Bull (and avid tea drinker) Scottie Pippen. The result is a remarkable barrel aged tea made in Bourbon barrels with Scottie Pippen’s own DIGITS Bourbon brand. The tea will be released online at SmithTea.com on December 5th, Repeal Day. DIGITS Bourbon Barrel Aged Tea ($34.99) is a complex blend, with three black teas aged for five months in charred oak bourbon whiskey barrels, after which the tea is blended with coconut, cinnamon and vanilla.  Using full-leaf black teas Assam, Ceylon and Keemun (“the whiskey of teas”), the final combination evokes a deeply flavorful elixir for winter sipping on its own, or with a shot of bourbon or mixed into a hot toddy.

“This collaboration brings together two of my favorite beverages—tea and bourbon,” says NBA legend and DIGITS whiskey entrepreneur Scottie Pippen. “The teamakers at Smith were inspired by the flavors of our bourbon when crafting this barrel aged tea blend and the end result is smooth and easy to drink, just like DIGITS,” he adds.  “I enjoy a cup in the morning, and like it with a shot of DIGITS bourbon to finish out my evening.” 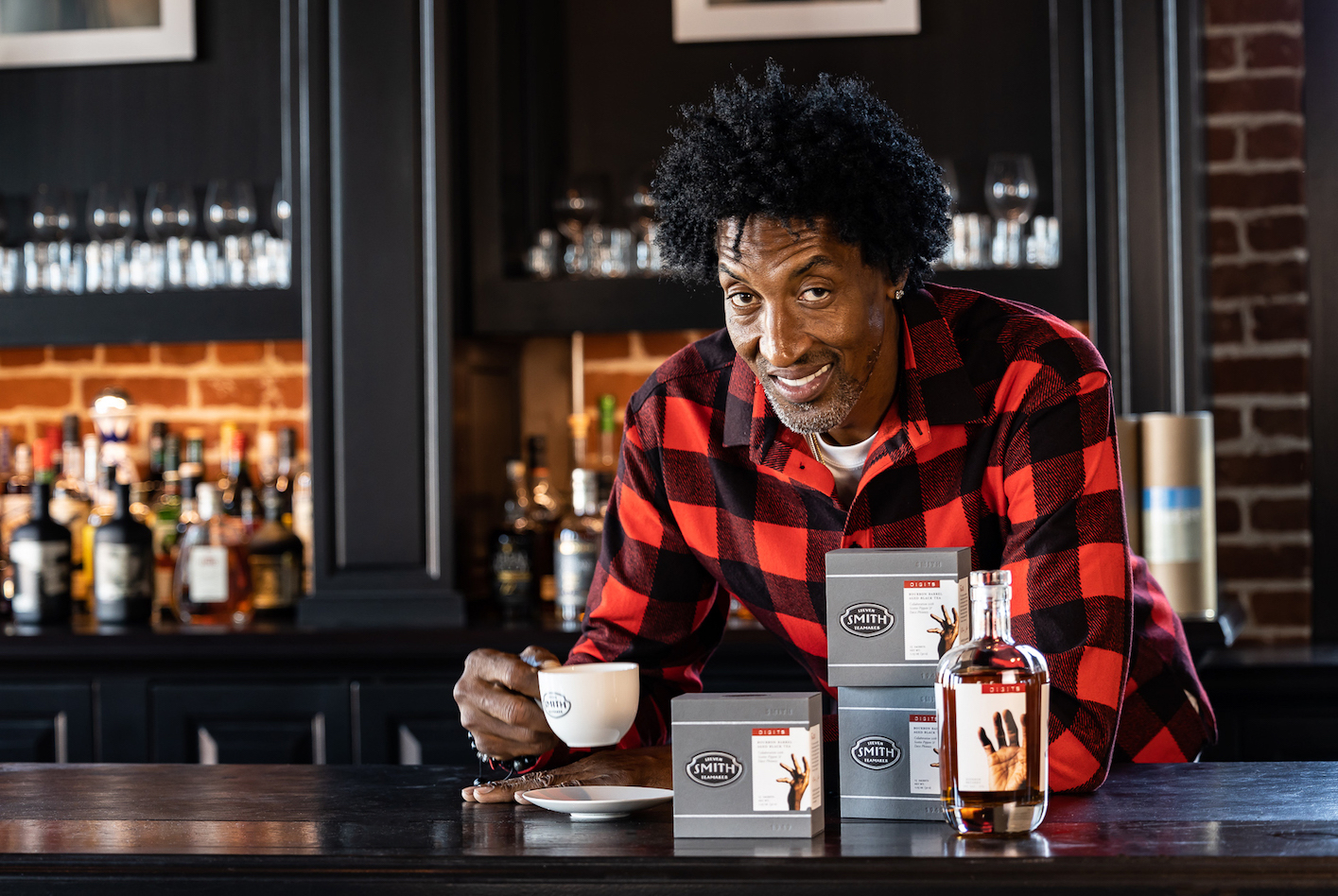 Bourbon and tea have long been enjoyed in tandem, so this was a natural partnership for the two brands who both share the same values of craft, quality and elevated flavor. Pippen launched DIGITS bourbon in the summer of 2021 in collaboration with Dave Phinney, a legend of the Napa wine world and proprietor of the award-winning distillery, Savage & Cooke. When DIGITS bourbon was released this summer, 5,000 cases sold in just the first two months. Phinney has a deep connection with tea, having spent some of his childhood in Bristol, England, drinking it since the days of his youth.

“Much like wine, in tea I look for complexity and weight,” says Phinney. “DIGITS Bourbon Barrel Aged Tea is rich and complex, delicious savored hot by the cup, with a shot of bourbon, or mixed into a cocktail,” he adds. “It showcases all that tea can be.” The bartenders at Savage & Cooke have created a special recipe featuring the tea and bourbon, which can be viewed at SmithTea.com.

Smith Teamaker has been sourcing the world’s finest teas and botanicals to offer a drinking experience like nothing else in the world since 2009. The brand is beloved by uncompromising tea drinkers for uncommonly curated, ethically-sourced teas and herbal infusions, blended and packed in small batches at its Portland, Oregon headquarters. Smith Teamaker was founded by the late legendary teamaker Steve Smith, the craftsman behind two of the nation’s biggest tea brands, Stash and Tazo. Smith Teamaker’s mission is to elevate the tea experience by crafting products made with transparency, exceptional blending, and of the highest quality. Smith Teamaker is available online at smithtea.com and in select hotels, restaurants, specialty shops and grocery stores across the nation. Find Smith Teamaker on Instagram @smithteamaker.

DIGITS is a partnership between Scottie Pippen and Dave Phinney that focuses on distinguished and mature bourbon whiskey. The youngest bourbon in the blend is five years old. The barrels were sourced from Indiana and Tennessee, each hand-selected for it’s unique attributes by Pippen and Phinney. They were aged at Savage & Cooke and blended by master distiller, Jordan Via. Savage & Cooke distillery is located on Mare Island, near the city of Vallejo, CA., founded by Dave Phinney. One of the most prolific winemakers in Napa Valley, Phinney then created the acclaimed  flagship blend “The Prisoner”. Phinney continues to consult for Orin Swift and produces wines  from his vineyards in France, Italy, Spain and Greece. Phinney began distilling spirits in 2014, which led to the new Savage & Cooke distillery venture. savageandcooke.com