Little Sesame, Washington, D.C.’s Israeli-inspired fast casual restaurant serving “the best hummus in D.C.” was born out of the shared travel experiences of chef/owners Ronen Tenne and Nick Wiseman, and a shared passion for sustainable agriculture. They’ve embraced  both of those elements this summer by hitting the road on a nation-wide tour of cities and farms. Drawing on these shared inspirations, the chefs will join chef Sam Smith in the kitchen at Tusk in Portland on Wednesday, August 7th, to collaborate on dishes based on the peak of summer’s produce, inflected with flavors from around the Mediterranean.

Added to Tusk’s nightly menu on August 7th will be Little Sesame’s influence:

Reservations are available at tuskpdx.com from 5-10pm on August 7th, and the menu is à la carte. 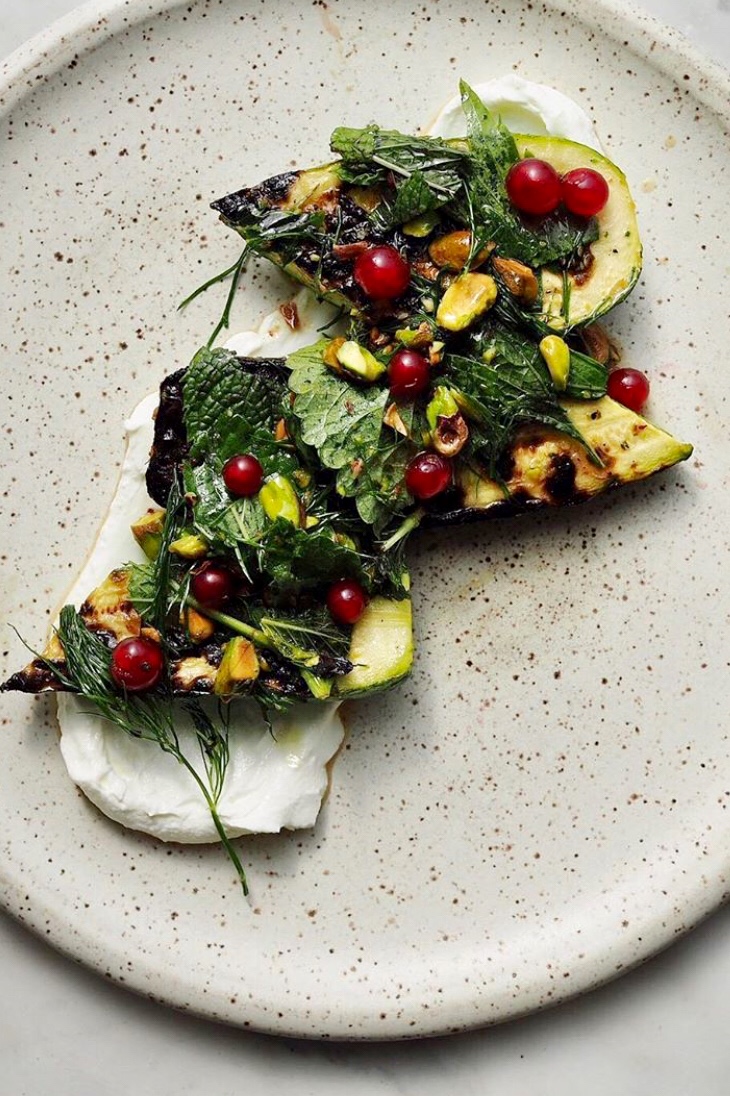 Chefs Nick Wiseman and Ronen Tenne met more than a decade ago as cooks in some of New York City’s most acclaimed kitchens. They spent late nights after work recounting adventures in travel and food, and how they could bring the two together in their own place one day. Little Sesame was born from these wandering conversations. Nick grew up in Washington DC and started cooking professionally at fifteen. He developed an appreciation for quality ingredients while living in California, and has spent the last decade working with his cousin David to connect good farming and good food. Ronen grew up in Tivon, a small town in northern Israel outside the port city of Haifa. Childhood trips to bustling markets gave Ronen a deep reverence for the craft of cooking and inspired the vibrant flavors of his food. We want future generations to have access to the same thrill of discovery that we’ve been so lucky to chase on our travels. That’s why we care deeply about sourcing ingredients responsibly from farmers who care for our food and our planet. From traveling to farming, Little Sesame is a reflection of what inspires us. First and foremost, it’s about really good food. But it’s also a place where we honor our experiences and strive to be bold, fun, and creative. Most importantly, we live our mission to create a community of eaters savoring authentic flavors, craving memorable experiences and working to leave the world a better place. eatlittlesesame.com | @eatlittlesesame

Tusk’s vegetable-driven, Middle Eastern-inspired menu is the creation of Submarine Hospitality Founders Joshua McFadden and Luke Dirks with Executive Chef/Partner Sam Smith.  Smith’s time spent as opening sous chef at Philadelphia’s acclaimed Israeli restaurant Zahav, followed by his years as Chef de Cuisine at Ava Gene’s informs the ever-changing seasonal menus. All vegetables and most flours and grains are sourced directly from local farms Smith has built close relationships with over the years, and the dishes are meant to be shared in a convivial dining atmosphere. All flatbreads are baked in-house. The dessert program, helmed by pastry wiz Nora Mace, along with an inventive cocktail menu, are equally as seasonal. Tusk was named a FOOD & WINE Restaurant of the Year 2017, to Bon Appétit’s 50 Best New Restaurants, and has received praise from The New York Times, PUNCH, Portland Monthly, The Oregonian and others. Tusk is located at 2448 E. Burnside, Portland, Oregon, and open for dinner 7 nights a week, and brunch as well as a weekend happy hour on Saturdays and Sundays.

Made myself a Basque cheesecake. Very easy. Love t

Stopped by Fills donuts in the old blue star donut

I love this. Pup tents under a clear tarp. #syndic

This little guy is a mountain rose apple tart from