From the Family Behind Portland’s Established Nicholas Restaurant, New Concept’s Opening to Benefit the Immigrant and Refugee Community Organization (IRCO)

PORTLAND, Ore. (May 18, 2022) – Beirut Bites, a new Lebanese street food restaurant from the multi-generational owners of local mainstay Nicholas Restaurant, is now open at 318 SE Grand Ave. In celebration of the Beirut Bites opening, the restaurant will donate 10% of its proceeds each Tuesday in May and June to IRCO, an organization they have long supported as a family of immigrants who came here 40 years ago from war-ravaged Lebanon.
Beirut Bites’ owner, Hila Dibe, worked with her mother to create the restaurant’s dishes from their native country of Lebanon, opening the restaurant at the location of the original Nicholas Restaurant, which now has three locations across the Portland area. They turned the space, complete with the vintage oven that her parents imported to the US decades ago, into a casual, counter-service restaurant serving Lebanese dishes never before seen in Portland.
While Nicholas Restaurant is known for meals traditionally served at home, Beirut Bites offers Lebanese street food made entirely from scratch using family recipes and plenty of fresh, flavorful herbs and ingredients. Dishes new to Portland include:
Customers can order online for pickup or delivery, as well as at the counter for a quick grab-and-go lunch or dinner. Dining in the cozy, revamped space is also an option.
“Beirut Bites brings a traditional, authentic taste of Lebanese culture to bring our community together,” said Dibe. “We insist on everything being made from scratch, including house-made sausage, homemade dough for our pizzas and pitas and fresh herbs and vegetables. What you see coming out of our ovens speaks for itself; cooking right with high-quality ingredients is part of our culture.”
The Immigrant and Refugee Community Organization (IRCO) serves the holistic needs of Oregon’s immigrants, refugees and mainstream community members. A community-based organization, IRCO  empowers children, families and elders from around the world to build new lives and become self-sufficient by providing more than 200 culturally and linguistically specific social services. 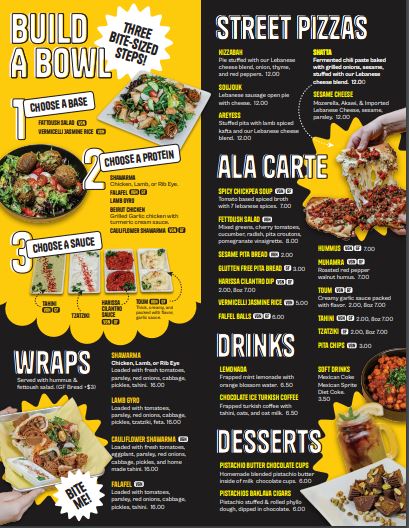