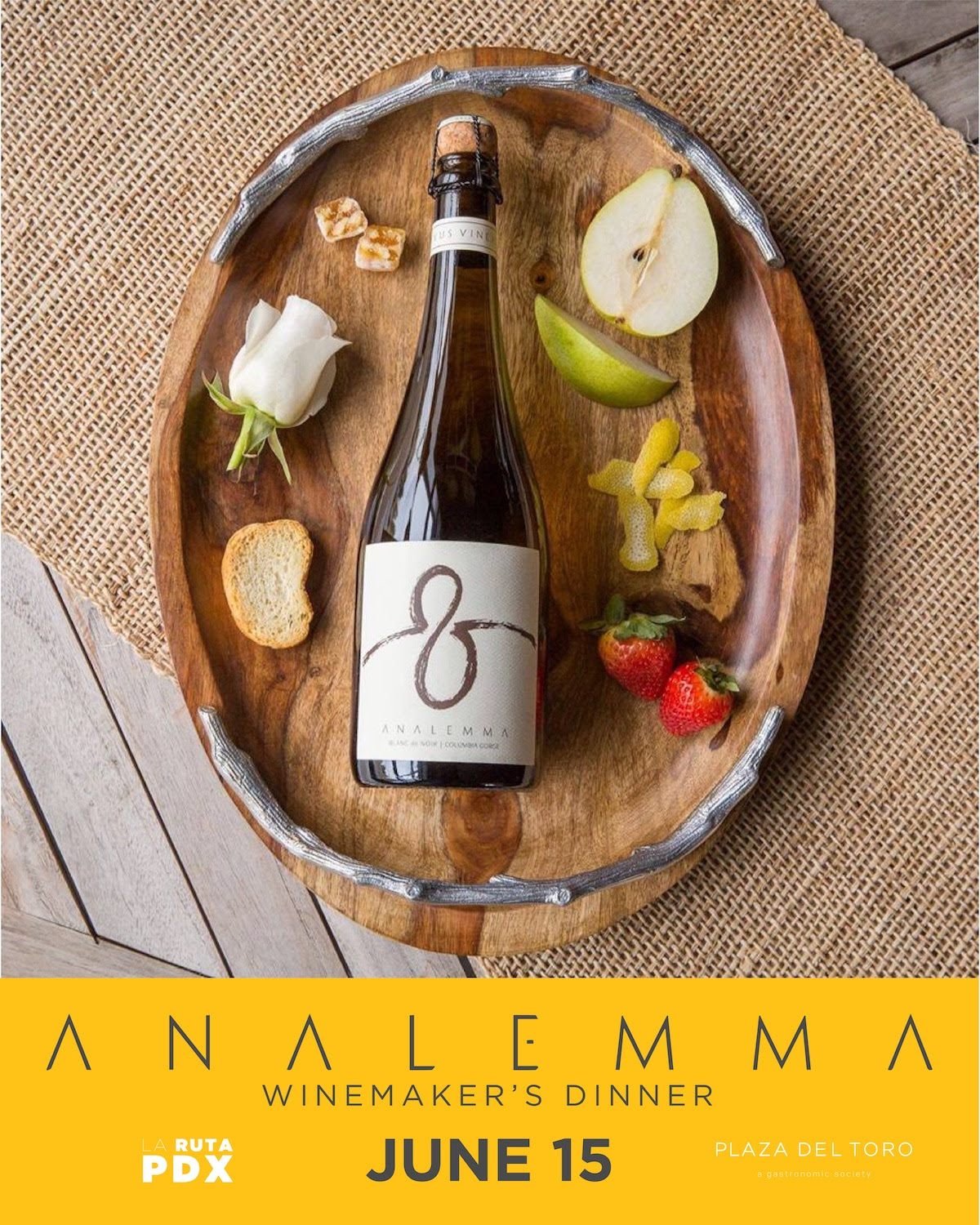 A portion of the proceeds will benefit Street Roots, a nonprofit creating income opportunities for people experiencing homelessness and poverty by producing a newspaper and other media that are catalysts for individual and social change. 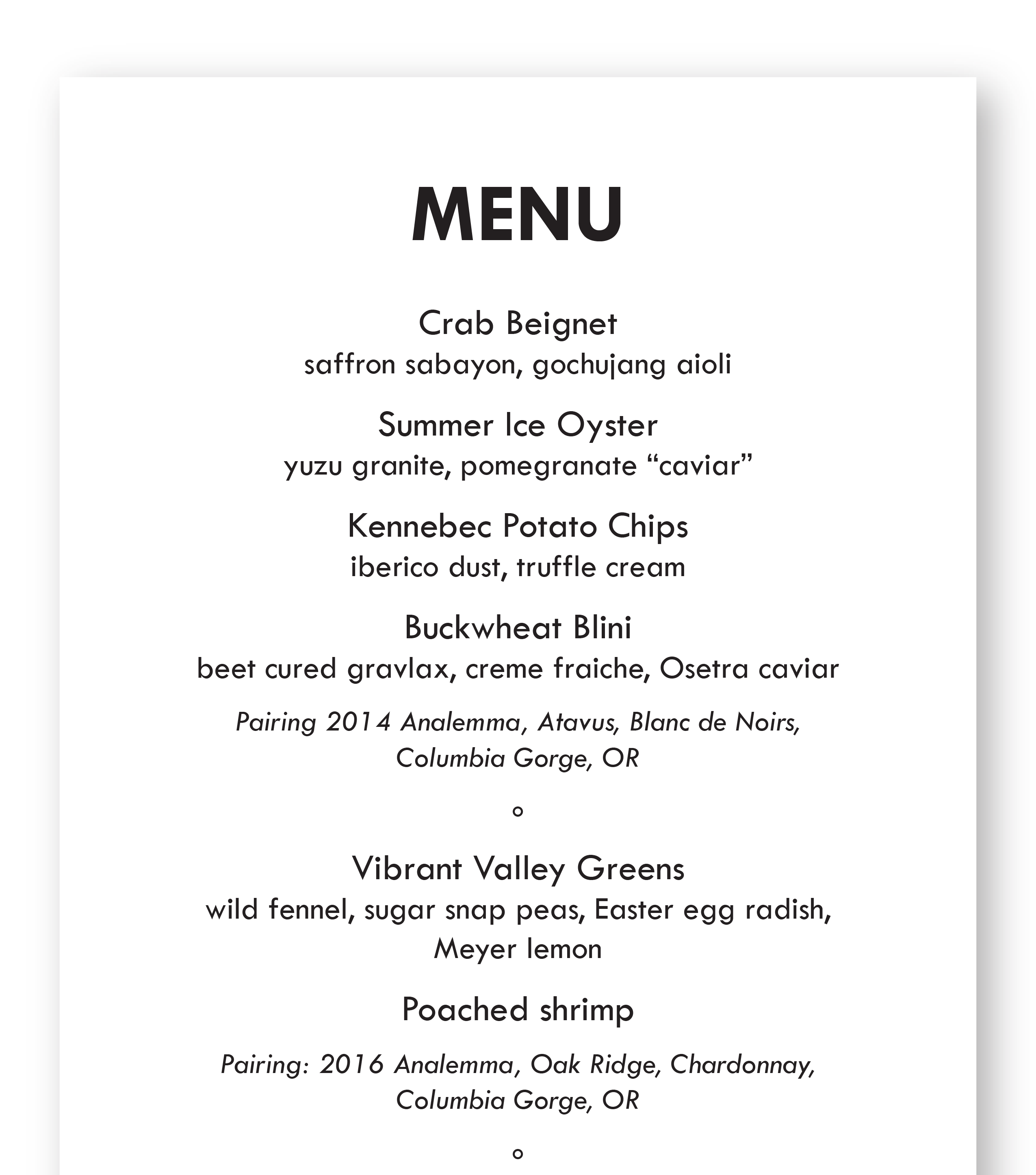 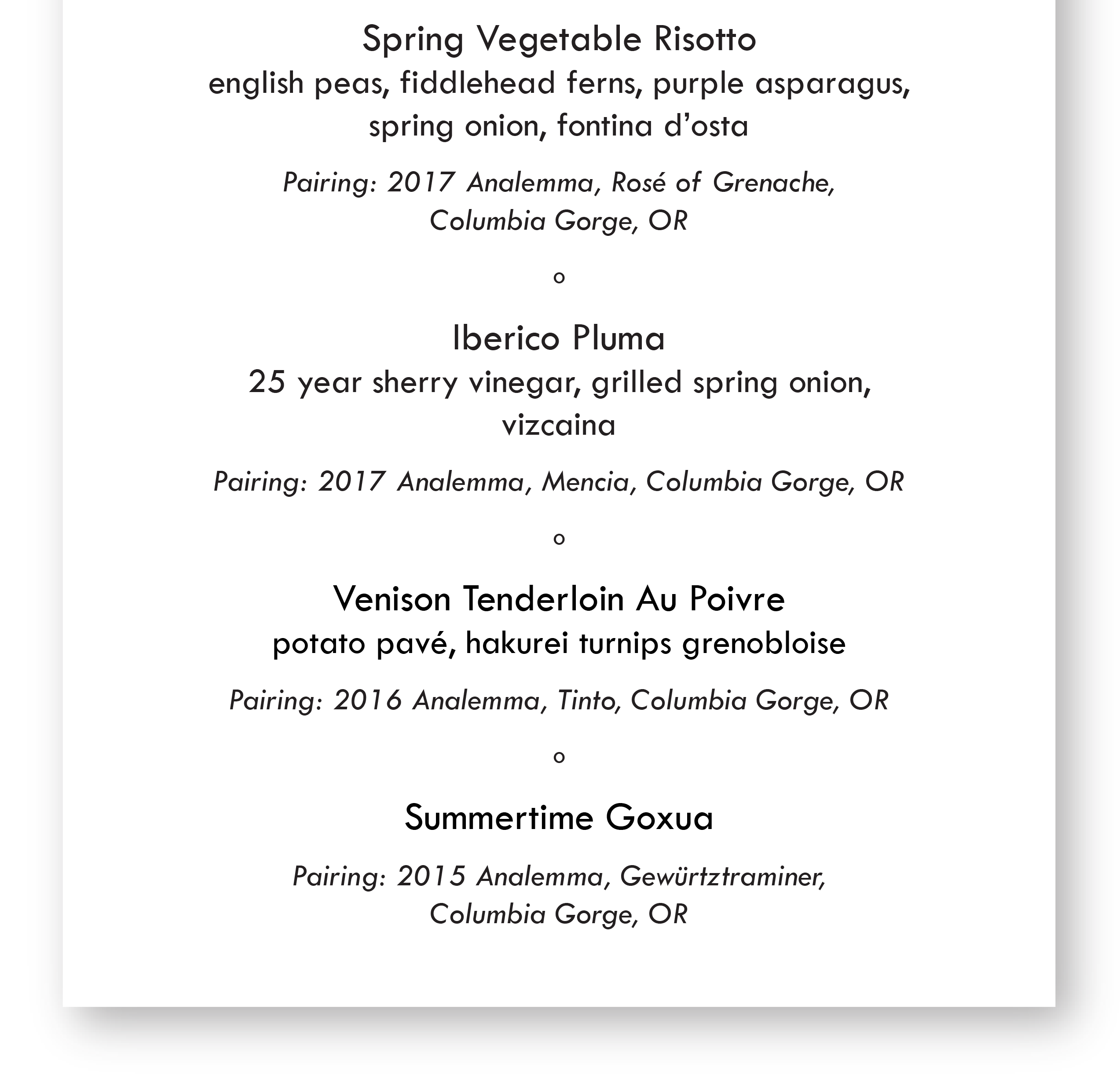 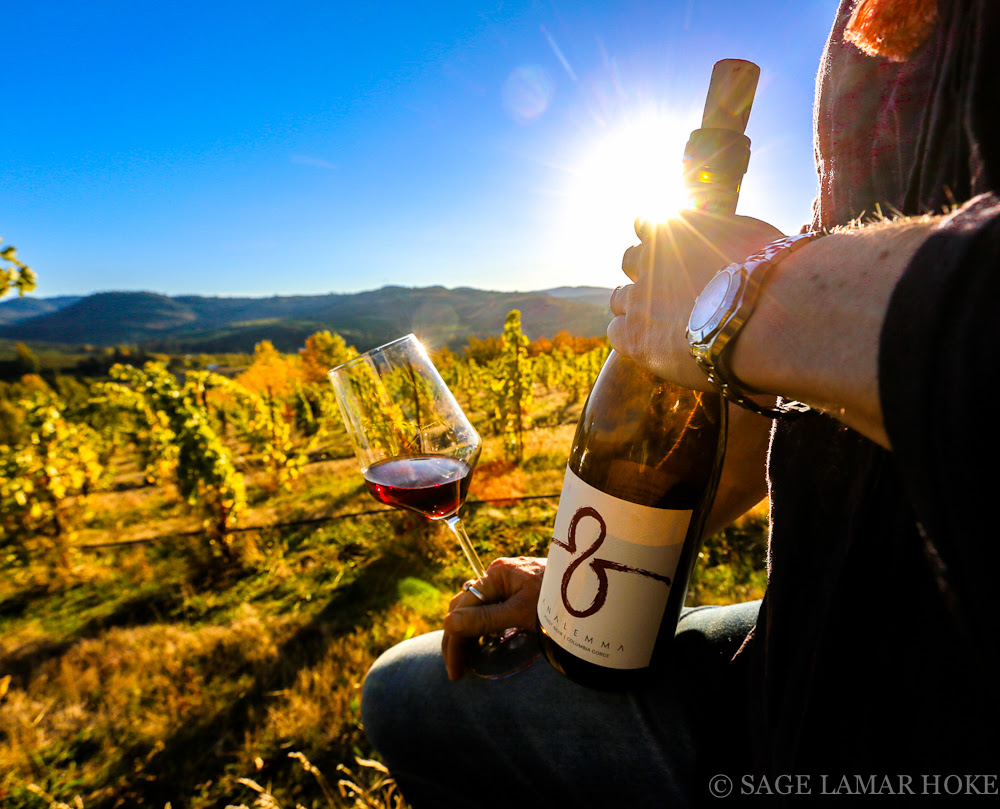 Founded by Steven Thompson and Kris Fade in 2010, Analemma Wines was built upon the opportunity to lease one of the oldest vineyards in the Pacific Northwest: The Atavus Vineyard. With just twelve acres of history and a vision, the two set out to breathe life back into the old vines, ferment rare fruit and bottle a truly unique vinous expression of the Columbia Gorge.

The years to follow led them to the Mosier Hills, the home and heart of Analemma. Here with their team they find a deep sense of purpose by creating wines of time and place through a commitment to stewardship and community. Kris and Steven continue to be inspired by the wholistic practices of other model producers, Galician wines, and the discovery of each new day. 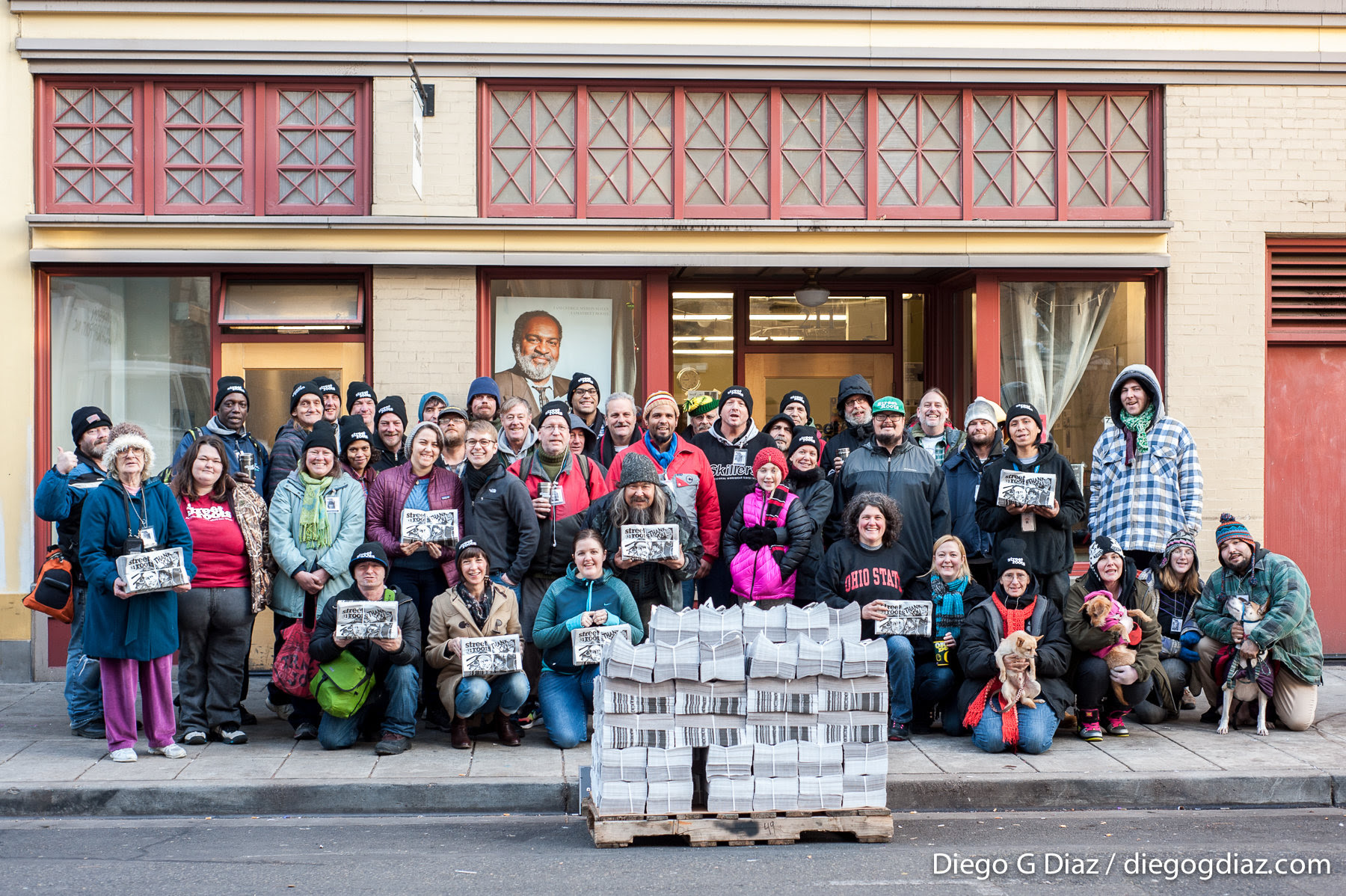 Street Roots is a 501(c)3 nonprofit in Portland, Oregon, that publishes an alternative weekly newspaper that is sold by people experiencing homelessness or extreme poverty. Street Roots creates income opportunities for people experiencing homelessness and poverty by producing a newspaper and other media that are catalysts for individual and social change.

Each week, about 170 Street Roots vendors purchase copies of the newspaper from their office in Old Town for 25 cents each, then sell them on the streets of Portland for $1. They keep the profit from each sale of the newspaper as a means of earning an income with dignity. More than 700 vendors sell the newspaper during the course of a year. Read about our staff, board, and vendors.

Street Roots newspaper is filled with quality local journalism focused on social justice issues. Inside each issue, you will also find poetry written during weekly creative writing workshops offered to our vendors. Street Roots is a member of the International Network of Street Papers, which spans more than 110 similar, but independent, publications in 30 countries worldwide.

You can find Street Roots vendors all over Portland, selling the paper on public sidewalks outside local business and community partners. Look for vendors wearing an official Street Roots badge. Please note, Street Roots offers a low-barrier program that allows our vendors to make their own schedules. Vendors’ selling hours and days at each location may vary greatly. 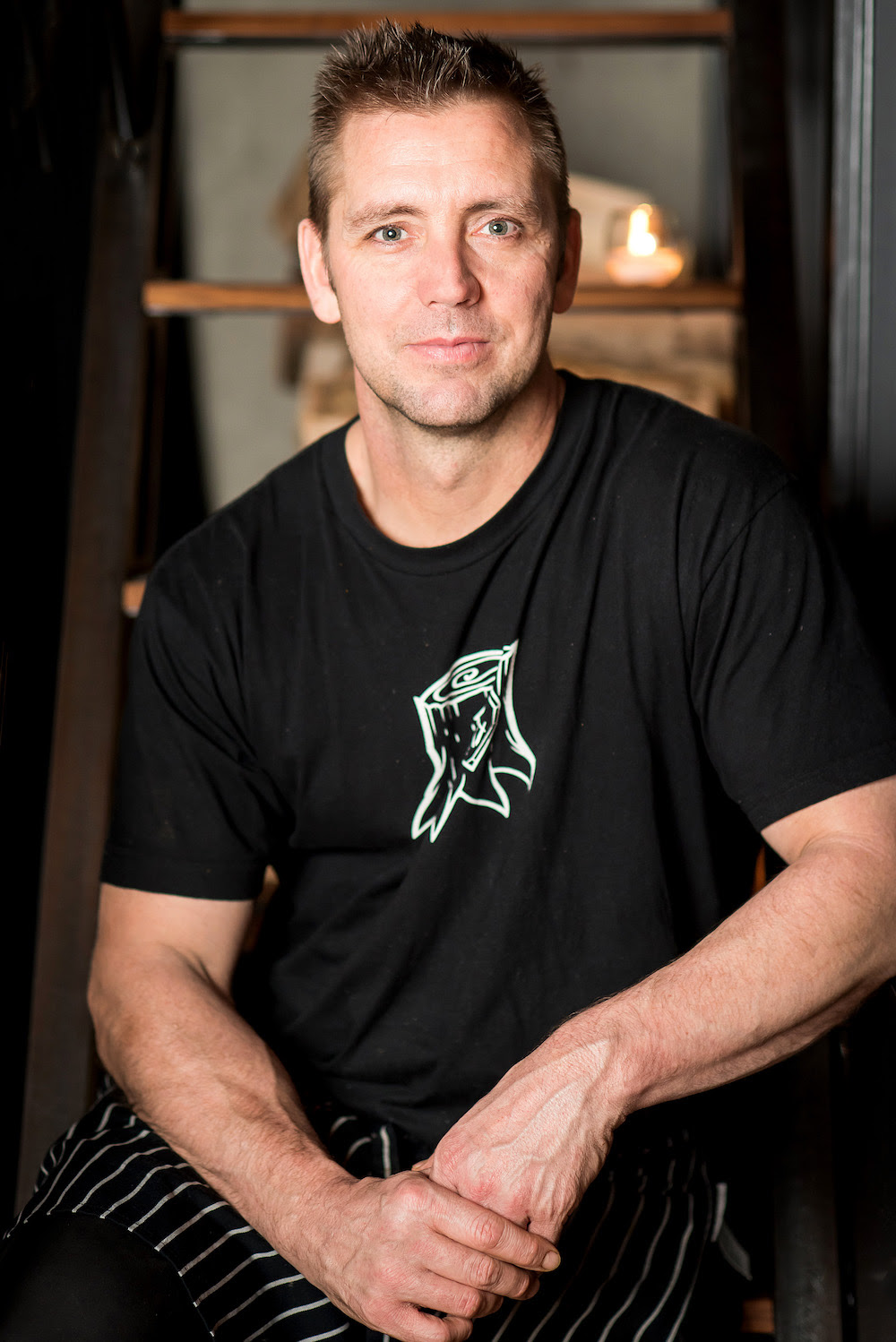 Michael began his culinary career volunteering part-time at a sushi bar on the weekends until he was good enough to accept the lofty title of “Sushi Apprentice” for $7 an hour and eventually became the head sushi chef at Aubergine in San Diego.

After 15 years of sushi in the San Diego area, he left California for culinary school in Las Vegas, where he started working for his first Michelin-starred restaurant, the acclaimed Andre’s French Restaurant. From Andre’s he worked at Koi in Planet Hollywood, RM Seafood in Mandalay Bay, and opened Bar Masa in Las Vegas, which soon moved him to the 3 Michelin-starred Masa in New York. Michael went on to work for April Bloomfield, David Burke, and was a sous chef for Masaharu Morimoto.

Kessler traveled to Portland with his wife for a two week visit in 2011 and never left. Michael says: “I’ve been looking for this job and this place for a long time. Found the right boss. The right job. The right city. Everything has just kind of come together in a perfect sequence of events.”

In his spare time, Michael enjoys cycling, going to the gym, and preparing for the zombie apocalypse at Washington Park Archery Range.