At this time of year for the past three years, Kachka’s chef Bonnie Morales and her team have been preparing for a special annual meal: Passover Seder dinner. The tradition began at The Suttle Lodge, and moved to Portland last year, where The Nightwood Society hosted Morales to cook in tandem with chef Sarah Schneider for an evening of community, the ritual guided by local performer Hannah Treuhaft. As a restaurant chef working on most Jewish holidays throughout her adulthood, Morales never had a chance to establish her own traditions. Cooking these seder meals each year has allowed her to connect with Passover as an adult and share it with the community.

With the Nightwood Seder canceled due to the outbreak and people all over the globe in self-isolation, family dinners and Passover rituals are moving online, but it is still important for Morales to prepare the meal for Portlanders. Kachka has created a Passover menu, available for curbside pick-up or delivery for people to enjoy at home.

This menu can be ordered online at kachkapdx.com, for curbside pick up or delivery within 3 miles of Kachka, on Wednesday April 8th, or Thursday, April 9th. Orders for the Passover menu must be placed by Sunday, April 5th. They can also be placed by phone at 503.235.0059.

Kachka’s daily takeout and delivery menu can be added to these orders, offering a range of items online, from frozen dumplings to bread, flour, caviar, wine and toilet paper! Orders are ready for pick up or delivery the same day the order is placed, quicker than most online grocery platforms. 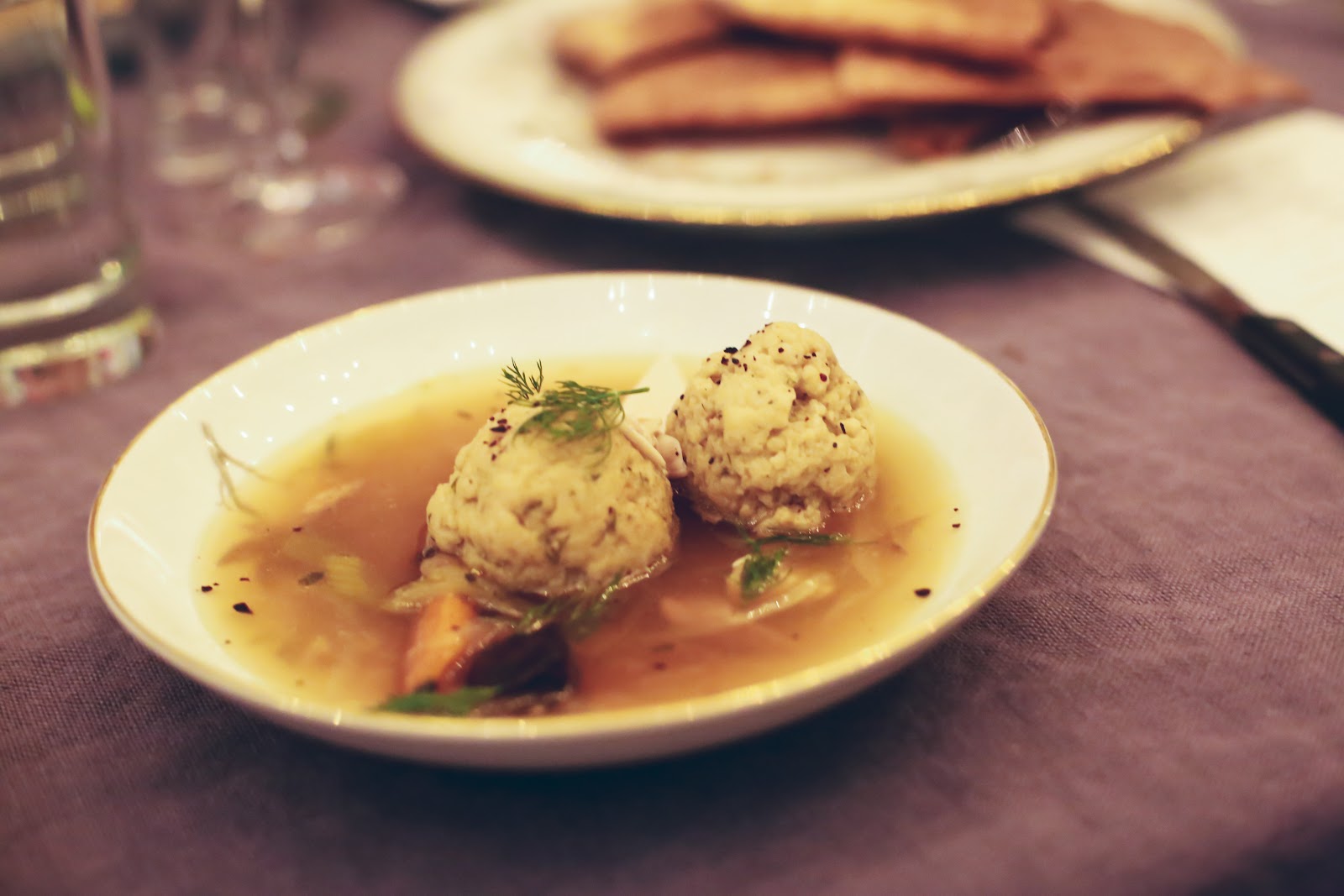 Kachka’s Matzo Ball Soup at the Nightwood, by Amy McMullen

Kachka sparked a Russian food revolution when Bonnie and Israel Morales opened their Portland restaurant in 2014. James Beard Award-nominated Chef/Co-Owner Bonnie Morales cooks the food of the former Soviet Union, including many dishes inspired by those she grew up eating in her Belarusian family. Kachka is considered by many to be the best Russian restaurant in the country, and is the only Portland restaurant to be included in America’s Essential Restaurants of 2015, 2016, 2017 and 2018 by Eater, inducted into their restaurant “Hall of Fame.” Kachka was named one of GQ’s Most Outstanding Restaurants of 2015 and Bon Appétit’s Best New Restaurant nominees in 2015 and was a semifinalist for 2015’s James Beard Award for Best New Restaurant.  In the fall of 2019, the Morales’ opened Kachka Lavka, a deli and grocery upstairs from Kachka, which Eater National called one of the most anticipated openings of the season. Kachka and Kachka Lavka are located at 960 SE 11th Ave.,  Portland, Oregon. Follow Kachka on Instagram and Twitter @KachkaPDX kachkapdx.com

What a difference a few days of rain makes.

Really Amazon? This huge box for six hearing aid b

The next review? Coming soon… an old favorite re