Portland, Oregon (March 22, 2021) — Over the past couple of years, Kachka has been quietly building a craft Eastern European bakery in the kitchen of their Southeast Portland restaurant. Beginning with baking traditional breads that were unavailable fresh in Portland to serve in the restaurant, they expanded into offering whole loaves with the opening of Kachka Lavka in 2019. Today, Kachka bakes four artisan loaves fresh daily, as well as various rolls, Khachapuri, cookies, and fresh piroshki: sweet and savory Russian pastries, available individually or as a box of four rotating selections. Chef Bonnie Morales has been working with Sous Chef Sophia Jackson, a longtime member of Kachka’s culinary team, who now leads the baking program.

“Portland has a national reputation for world class baking and yet artisan Eastern European breads and pastries are so underrepresented,” says Bonnie Morales. “Many of the breads at Russian groceries in town that claim to be fresh-baked are actually shipped frozen from overseas. At Kachka, we painstakingly source every ingredient we use, and we’re proud to offer a bread program that aligns with our culinary approach.”

Kachka Lavka has recently expanded their Piroshki program as well. Until Kachka Lavka began baking them, scratch baked piroshki were hard to find in Portland. Piroshki are pillowy, yeasted buns, filled with savory or sweet fillings. Four types of traditional piroshki are currently made at Kachka, available fresh baked, or to take-and-bake at home. They are sold individually or as a Piroshki Box of 6 assorted buns. Current piroshki include: Egg & Scallion Piroshki, Farmer’s Cheese Vatrushki with Kumquat Marmalade, Potato & Dill Piroshki, and Latvian Bacon Buns.

All of Kachka Lavka’s bakery selections are available to order online for pick up or delivery: kachkapdx.com/meals-grocery (click on the “bakery and sweets” tab). 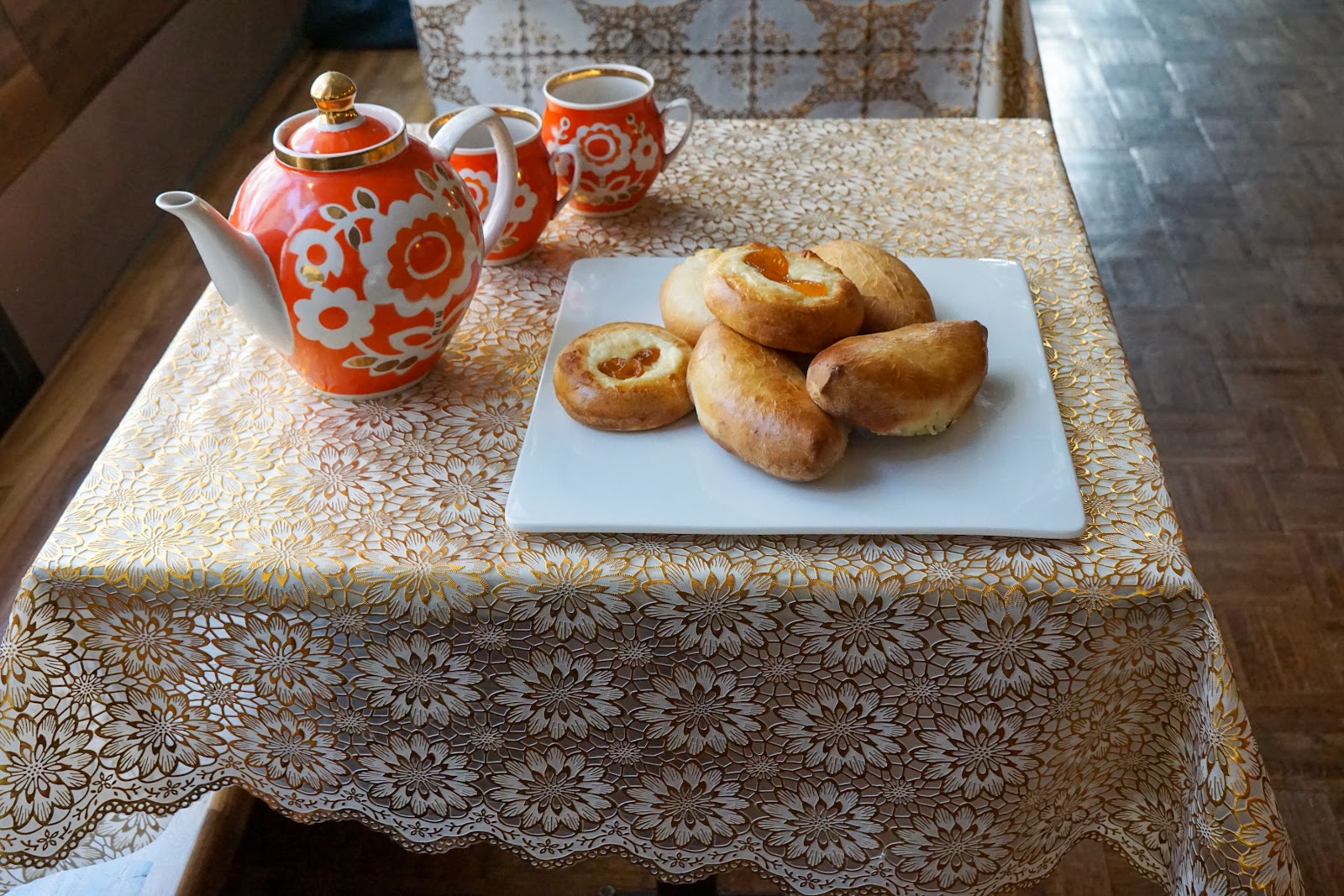 Kachka sparked a Russian food revolution when Bonnie and Israel Morales opened their Portland restaurant in 2014. James Beard Award nominated Chef/Co-Owner Bonnie Morales cooks the food of the former Soviet Union, including many dishes inspired by those she grew up eating in her Belarusian family. Meals at Kachka begin with a table filled with zakuski, Russian drinking food paired with vodka. The warm and lively atmosphere at Kachka turns dinner into an event, fueled by a parade of dishes marked by deep and vibrant flavors such as dumplings, cured fish and pickled vegetables. Kachka serves over 50 different vodka selections, as well a list of house made infusions, craft cocktails, and a curated list of beer and wine with a focus on Eastern European producers. Kachka is considered by many to be the best Russian restaurant in the U.S. and has been praised by food writers around the world.  Chef Bonnie Morales’ acclaimed cookbook Kachka: A Return to Russian Cooking was the first Russian cookbook to be published in the U.S. in 30 years.  In fall of 2019, the Morales’ opened Kachka Lavka, a deli and grocery upstairs from Kachka, as a showcase for their housemade charcuterie, cured fish, and Russian baking programs, as well as an outlet for their frozen dumplings and myriad Eastern European grocery items. Kachka and Kachka Lavka are currently operating for daily takeout or delivery, and Kachka’s dumplings and merchandise can be ordered online at kachkapdx.com