More than 40 Pacific Northwest breweries will gather on in the heart of the Columbia River Gorge for the annual event, which offers one of the largest fresh-hop beer selections in the country

Hood River, Ore. – August 19, 2019 – On Saturday, September 21, downtown Hood River, Oregon, will again be “hopping” with the return of one of the Columbia Gorge’s premier events, Hood River Hops Fest, produced by the Hood River County Chamber of Commerce and presented by Jacobs. This one-day festival, now in its 16th year, brings together more than 40 Pacific Northwest breweries to debut their seasonal fresh-hop beers. 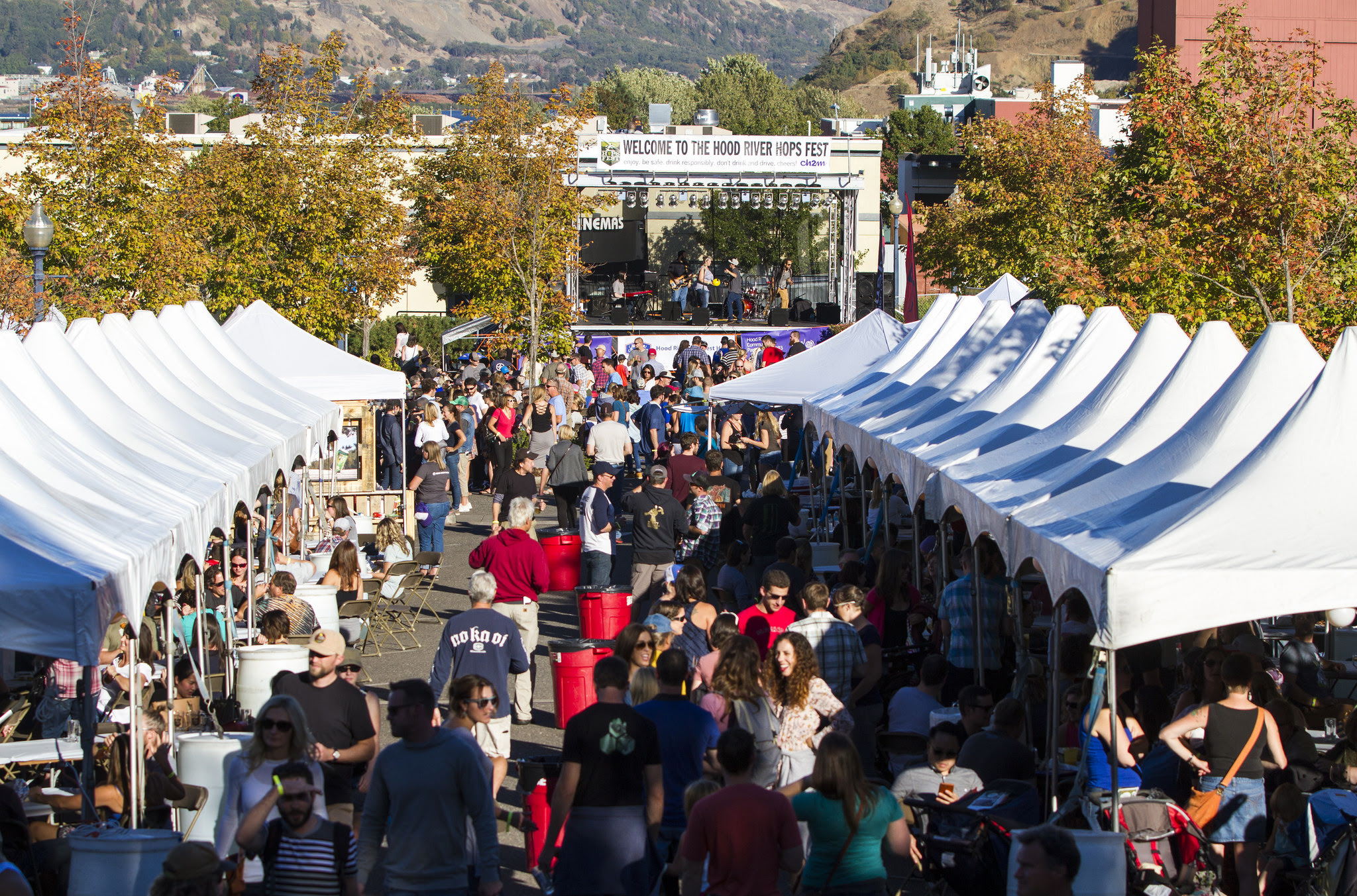 Numerous Hood River breweries, including pFriem Family Brewers, Double Mountain Brewery, Full Sail Brewing and Ferment Brewing Co. are participating in the festival and showcasing their 2019 fresh-hop ales, alongside other regional heavyweights. A small selection of local ciders will also be on tap, along with select wines from Naked Winery.

The Sodbuster Farms’ Lupulus Award – an interactive judging experience for festival attendees – is back for a third year. The 2018 people’s choice award went to Breakside Brewery’s Fresh Hop Wanderlust beer. 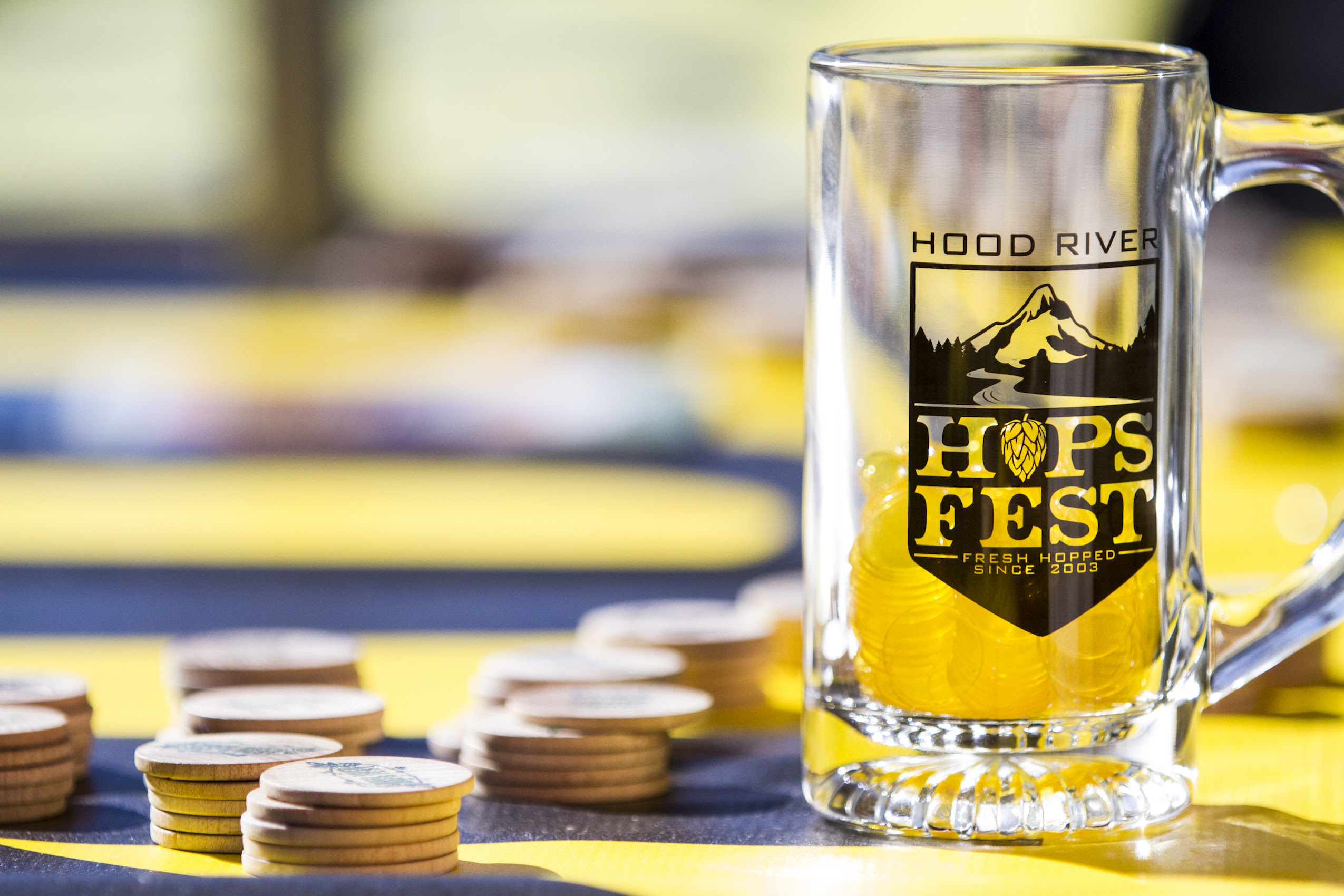 “The Pacific Northwest is known for its fresh-hop beers, and Hood River Hops Fest is the perfect place for local and regional brewers to showcase their innovative, world-class fresh-hop beers,” said Kate Schroeder, Executive Director of the Hood River County Chamber of Commerce, host of the event. “Festival-goers can make a weekend of it, exploring everything else that makes our area so special, includinggreat places to stay, wonderful places to eat and drink, hiking, biking, a downtown art walkand historic downtown shopping area, and the beautiful Hood River County Fruit Loop, where you can go apple picking, cider tasting and more, all with awesome Mount Hood views!”

Hood River Hops Fest features local cuisine, arts and crafts vendors, and live music. Children are welcome throughout the afternoon. The venue is open to adults only from 5 p.m. to 8 p.m.

WHERE
Downtown Hood River, Oregon, in the Columbia Parking Lot (between Fifth and Seventh Streets and Cascade Avenue and Columbia Street)

Tickets can be purchased in advance at hoodriver.org/hops-fest, or at the entrance the day of the event.

Hosted annually by the Hood River Chamber of Commerce, Hood River Hops Fest is a beer lover’s dream. The event showcases more than 60 fresh-hop brews from throughout the Northwest, as well as favorites from Hood River County’s own microbreweries. It received the silver medal for Best Beer Festival from the 2015Willamette Week Oregon Beer Awards, and was named Best Event of the Gorge for 2010-2013.

Located at the crossroads of the spectacular Columbia River Gorge National Scenic Area and the magnificent Cascade Range and just an hour from Portland, Hood River is wildly gorge-ous, offering outdoor recreation, dramatic vistas, historic landmarks, bountiful fruit, and fantastic food, wine, beer and cider. With accommodations ranging from luxury hotels to historic B&Bs, Hood River is a four-season destination for families, outdoor enthusiasts, weddings, corporate events and more. It was named a Top 10 Wine Destination for 2017 by Wine Enthusiast Magazine, and 2015 Best Adventure Town in the West by Sunset magazine.