More than 40 Pacific Northwest breweries will gather on September 22 for the annual event, which offers one of the largest fresh-hop beer selections in the country

Hood River, Ore. – September 11, 2018 – Fresh-hop beer lovers should mark their calendars for Saturday, September 22, when downtown Hood River, Oregon, will again be “hopping” with the return of one of the Columbia Gorge’s premier events, Hood River Hops Fest, produced by the Hood River County Chamber of Commerce and presented by Jacobs. This one-day festival, now in its 15th year, brings together more than 40 Pacific Northwest breweries to debut their seasonal fresh-hop beers. With over 60 unique varieties available for tasting, the Hood River Hops Fest boasts one of the largest fresh-hop selections in the nation.

Numerous Hood River breweries, including Double Mountain Brewery, Full Sail Brewing and pFriem Family Brewers, are once again participating in the festival and showcasing their 2018 fresh-hop ales, alongside other regional heavyweights. Making its debut at Hops Fest is festival sponsor Hood River Distillers, which will be featuring its new hopped whiskey created in collaboration with Double Mountain. A small selection of local ciders will also be on tap, along with select wines from Naked Winery.

The Sodbuster Farms’ Lupulus Award – an interactive judging experience for festival attendees – is back for a second year. The inaugural 2017 people’s choice award went to Double Mountain Brewery for its Killer Lion beer.

“The Pacific Northwest produces almost 98 percent of the country’s hops, which means that local and regional brewers have easy access to the key ingredient for innovative, world-class fresh-hop beers every year. The Hops Fest is the perfect showcase for these unique brews,” said Mike Glover, CEO of the Hood River County Chamber of Commerce, host of the event. “In addition to Hops Fest, September is a beautiful time to spend the whole weekend in Hood River to explore everything else that makes our area so special, including hiking, biking, a downtown art walk and fun shopping area, and the Hood River County Fruit Loop, when trees are dripping with apples and pears and fall foliage is at its colorful peak.”

Hood River Hops Fest features local cuisine, arts and crafts vendors, and live music. Children are welcome throughout the afternoon. The venue is open to adults only from 5 p.m. to 8 p.m. 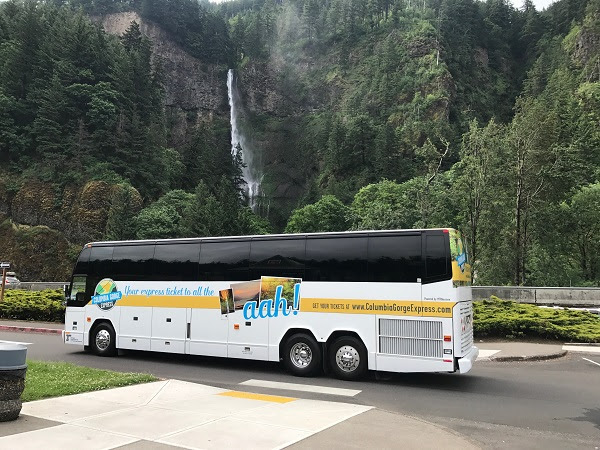 Thanks to this year’s expansion of the Columbia Gorge Express bus service, festivalgoers can make Hood River Hops Fest a car-free experience by catching the bus from Portland’s Gateway Transit Center or Cascade Locks – and even add visits to Multnomah Falls and Rooster Rock State Park to their day. Once in Hood River, it’s a short ride on the Pink Trolley to the Hops Festival site, or people can hail the Hood River Pedicab. The return Columbia Gorge Express bus service from Hood River will run at 2:00 pm, 4:10 pm and 7:10 pm (full schedule here), or visitors can spend the night at a local hotel or B&B and return home on Sunday.

*New breweries are noted by an asterisk

WHERE
Downtown Hood River, Oregon, in the Columbia Parking Lot (between Fifth and Seventh Streets and Cascade Avenue and Columbia Street)

Tickets can be purchased in advance at hoodriver.org/hops-fest, or at the entrance the day of the event.

This is Leon. He frequently watches me baking. We