The family-run, organic and biodynamic Oregon winery has acquired both the storied Chehalem Mountain Vineyard, and ArborBrook Vineyard & tasting room.

Newberg, Oregon (December 9, 2021) — Cooper Mountain Vineyards, the first certified biodynamic winery in the Pacific Northwest, is growing where it’s planted with two significant acquisitions in the Willamette Valley. Founded by Dr. Robert Gross, a natural medical practitioner and early proponent of holistic viticulture, and his wife Corrine Gross, the winery is now run by their daughter, Barbara Gross. Cooper Mountain has built a national reputation since its founding in 1978 for crafting highly rated, approachable, affordable Willamette Valley wines, which also happen to be organic and biodynamic. Cooper Mountain is expanding its sustainable footprint to a total of 325 acres with the purchase of the Chehalem Mountain Vineyard, home to some of the Willamette Valley’s oldest Pinot Noir vines (planted over 50 years ago), and ArborBrook Vineyard and tasting room.

“These acquisitions give us the opportunity to raise our quality to the highest level, in terms of both winemaking and hospitality,” says Barbara Gross, Co-Owner and Director of Operations, Cooper Mountain Vineyards. “Our family could not be more thrilled about this opportunity to grow our roots deeper into the valley and further invest in the Oregon wine industry.” Cooper Mountain is owned by Dr. Robert Gross and his three children, Anne Branfman, Barbara Gross, and David Gross. 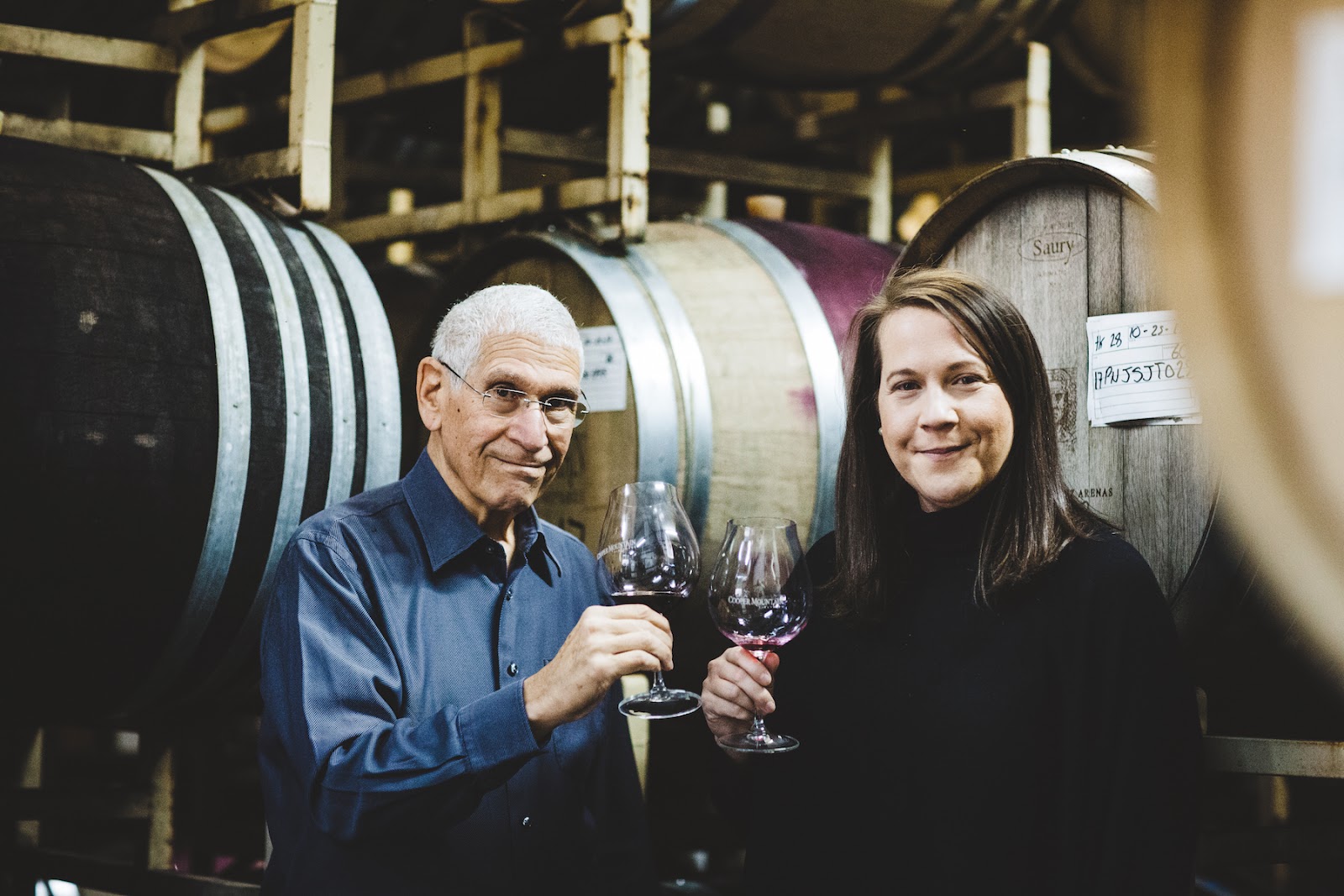 Chehalem Mountain Vineyard was the third vineyard planted in the Willamette Valley, in 1969 by Oregon wine pioneer Dick Erath. It is planted to seven clones of Pinot Noir and three clones of Chardonnay, producing some of the Willamette Valley’s highest quality grapes. Cooper Mountain has purchased the vineyard from its most recent owner, Capra Company, which is reducing its landholdings to focus further on WG Edge, a philanthropic program to support young women in agriculture.

ArborBrook Vineyards was founded by Dave and Mary Hansen in 2001, with an estate vineyard and tasting room in Newberg, Ore. This purchase by Cooper Mountain passes the winery from one Oregon family to another. With Cooper Mountain’s original location in Beaverton, this tasting room will allow the winery to expand its hospitality programs into the heart of the Willamette Valley, surrounded by other esteemed Oregon wineries.

Cooper Mountain’s five estate vineyards are certified organic and biodynamic, farmed by a team led by Gerry Sanchez for over three decades. Cooper Mountain will begin converting Chehalem Mountain Vineyard and ArborBrook’s vineyard to organic and biodynamic in 2022, a continued investment in sustainable agriculture. Of the 325 acres of land that will be amassed by these acquisitions, 200 are planted to vines, with 125 acres to remain natural forest.

In 1978, Dr. Robert Gross, a homeopathic doctor, and his wife, Corrine Gross, planted Pinot Noir and Chardonnay on the slopes of Cooper Mountain, ten miles west of Portland, Oregon. Dr. Gross developed an early interest in biodynamic agriculture, as an extension of his work in natural medicine. A visit to the winery in the 1990s by biodynamic French winemaker Nicolas Joly solidified his commitment to these practices. In 1995 Cooper Mountain was Certified Organic by Oregon Tilth, and in 1999, earned Demeter’s Biodynamic Certification. Over the past four decades, Cooper Mountain Vineyards has grown from ten acres to 160 acres and expanded its plantings to include Pinot Gris, Pinot Blanc, Tocai Friulano, Gewürztraminer, and Gamay Noir—all while maintaining strict, organic and biodynamic farming practices.  With each passing vintage, Cooper Mountain strengthens its bond to the land and continues its tread down a path of innovation: in 2002, Cooper Mountain became the first winery in the United States to gain label approval for a no-sulfite-added wine, and, in 2010 achieved carbon neutrality. The quality of the grapes grown by careful sustainable farming practices and crafted by the skill of winemaker Gilles de Domingo has been recognized with accolades and high ratings from Bon Appétit, The New York Times, Wine Spectator, Wine Enthusiast, The Wall Street Journal, and more.

Previous Post: « 2022 WSET Level 1 and 2 Spirits Courses at Trail Distilling
Next Post: Getting ready for the Holidays with Coquine »